Singapore-based ride hailing and delivery service firm Grab is rumoured to be exploring an initial public offering (IPO) in the United States this year, sources revealed to Reuters this week.

If it goes ahead, the IPO could raise at least US$2 billion for Grab, making the listing one of largest foreign share offerings by a Southeast Asian company, the source revealed.

However, the pricing, size and timing of the deal have yet to be determined. Grab failed to comment on the IPO news, said Reuters.

Grab is currently backed by SoftBank Group Corp and Mitsubishi UFJ Financial Group, which has helped the company expand swiftly from starting as ride-hailing venture in Malaysia in 2012. It has since moved into deliveries and today offers financial services, having recently gained a digital bank licence in Singapore, in partnership with Singtel.

Under the agreement, Grab will hold a 60 percent stake in the banking consortium, with Singtel holding the remaining 40 percent. The bank is expected to launch in early 2022.

Grab currently sits as the Southeast Asia region’s most valuable start-up worth more than US$16 billion. The business operates in several Asian countries, including Singapore, the Philippines, Cambodia, Thailand, Vietnam, Myanmar, Malaysia and Indonesia.

The news of the Grab IPO comes on the back of failed merger discussions with Indonesian rival Gojek last month. Gojek has since engaged in talks with Indonesia’s PT Tokopedia for a possible $18 billion merger that would also include an IPO, according to Bloomberg. 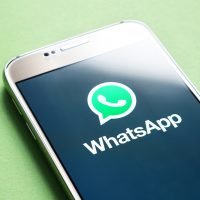