Swiss watchmaker Jaeger LeCoultre created a stir online in China when it made a bold move to feature China’s number one internet celebrity this year in a new advertising campaign posted on its Weibo and WeChat accounts.

With a more sober, professional tone than is often seen in her enthusiastic and humorous online rants (along with some professional styling), she shares her life philosophy in a video promoting the brand’s Reverso watch that highlights the fact that it can be engraved with a custom message.

The brand’s decision to hire the outspoken and sarcastic web star described as a “girl next door with attitude” is a significant departure from traditional luxury marketing practices in China, which, when not opting for a major celebrity endorsement, usually focus on fashion bloggers touting glamorous lifestyles with carefully curated (and heavily edited) images.

Papi, in contrast, has earned her massive following from sharp satirical videos that critique societal issues, such as one video in which she talks about examples of rampant sexism in Chinese society—touching on issues such as double standards for women, divorce, and rape.

Her incisive commentary, which is delivered at a rapid-fire pace thanks to digital voice alteration, has earned her lucrative endorsement contracts from brands such as L’Oreal, and she sold an online ad spot in April to a beauty e-tailer called Lily & Beauty for US$3.5 million.

Some critics are saying her mass-market image doesn’t fit with Jaeger LeCoultre, whose timepieces retail for around US$5,000 to $20,000.

But other articles note that featuring Papi is an innovative way to appeal to millennial Chinese consumers after China’s anti-corruption campaign has hit Swiss watch sales in recent years and removed demand for luxury watches from older government bureaucrats.

Jaeger LeCoultre’s parent company Richemont reported a 51 percent drop in global profits for the first half of the year, but said mainland China growth is rebounding.

While marketing experts are divided on the ad’s effectiveness, it has certainly spurred engagement—it received over 69,000 views as of December 15 on WeChat, and Papi Jiang’s Weibo post of the video on her own profile has around 114,297 likes, 12,379 shares, and 17,000 mostly positive comments.

If it’s successful in driving more young people to the brand, it could have luxury brands turning to a wider range of representatives in the future. 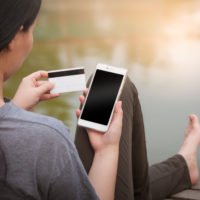 5 trends for Malaysian e-commerce in 2017
Next Article 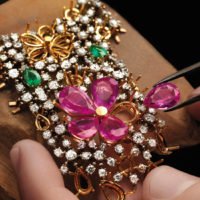