Through the SHISEIDO brand, Shiseido will be the title sponsor of the Cup of China ISU Grand Prix of Figure Skating (ISU: International Skating Union, hereinafter “ISU”), which will be held from November 8 to November 10, 2019, in Chongqing, China.

Shiseido developed the new corporate mission “BEAUTY INNOVATIONS FOR A BETTER WORLD” this year and aims to create a society where Shiseido’s products and services allow people to be mentally and physically healthy and beautiful and live with a positive mindset.

Under this corporate mission, Shiseido will contribute to China, a country with a great interest in health and sports promotion, by sponsoring sports events.

On the occasion of this sponsorship, Shiseido also concluded an agreement to provide cosmetic products for the Chinese Figure Skating Association (hereinafter, “CFSA”) 2019-2020 season and promote the Shiseido My First Beauty Project, a figure skater training program jointly organized with the CFSA.

By providing cosmetic products and makeup classes, Shiseido will support the beauty of figure skaters and promote their development to vitalize the sport.

The ISU Grand Prix of Figure Skating is a series of figure skating competitions approved by the ISU. It consists of seven competitions: six preliminary competitions in the US, Canada, France, China, Russia and Japan from October to November each year, and the Grand Prix Final in which six skaters with the highest total scores can participate.

The Cup of China ISU Grand Prix of Figure Skating has been held since 2003, and marks its 17th year.

Shiseido will also dispatch makeup artists to competitions in which selected members will participate, and support their excellent performance in various competitions through SHISEIDO beauty.

(2) China Figure Skating Level Test
Shiseido plans to provide makeup and other support to participants in the national figure skating qualification test organized by the CFSA. The test has been held eight times a year in cities across China since 2000, and skaters must pass this test to participate in national and international competitions and to become a professional figure skater.

“I believe that SHISEIDO’s support for the Cup of China as the title sponsor will greatly help the development of figure skating in China. Let’s work together to make figure skating the most beautiful sport in the world!” Alina continued. 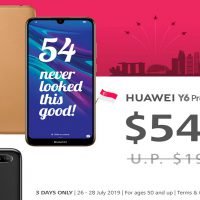 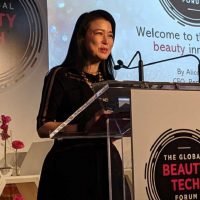