South Korea’s retail giant Shinsegae Group is venturing into the country’s online marketplace, further speeding up its efforts to expand its presence in the burgeoning market, after its recent strategic share swap deal with the country’s leading online marketplace operator Naver Corp. and preliminary bid for the sale of eBay Korea.

Shinsegae Group’s online app operator SSG.com said on 24th March that it will officially launch an open market platform, a multichannel online marketplace that connects a wide range of sellers with consumers, in the first half of this year after trial operations from 20th April.

Shinsegae’s latest decision is expected to help it significantly expand stock keeping unit (SKU) or the number of items available in its e-commerce platform in a short period of time. A wider selection of items in the so-called open market app plays a critical role in enhancing e-commerce competitiveness because it will lure more consumers to the app.

The new online market place SSG.com has opened is SSG Partners platform, where open market vendors are able to pre-register items. The retail giant has lowered the barrier to allow more sellers to join its platform and simplified procedure by only requiring a vendor’s mobile phone number and verification for membership.

Unlike other online malls where merchandisers personally select products for sale and seek suppliers, vendors in the open online marketplace are responsible for item registration, payment, and delivery.

SSG.com, however, would not allow vendors to sell items in certain categories such as fresh grocery and luxury brand because they are already offered at its own brand Emart and Shinsegae Department Store online. It also wants to prevent issues such as those concerning freshness and sale of fake luxury goods.

Currently, SSG.com offers 10 million stock keeping units, or items on sale, whereas one of the major open markets has 50 million. SSG.com’s open market platform is expected to raise the number of items to over 50 million.

Shinsegae Group’s ultimate goal is also to increase its market share in the bourgeoning e-commerce market.

Last year, transaction value of SSG.com reached US$3.4 billion, taking up only 2.4 percent of the overall market and falling behind Naver Shopping with US$23.6 billion and Coupang with US$18.4 billion. It is also lower than that of its direct rival Lotte ON with US$6.7 billion.

Industry insiders noted that an open online marketplace strategy is essential for Shinsegae Group, a late runner, to expand its influence in the e-commerce market and catch up frontrunners.

SEE ALSO : Which channel do Koreans shop more on at home? 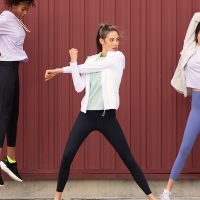 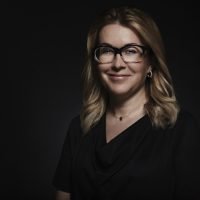