Is pre-owned fashion the new trend?

Since the recession, there has been a boom in online marketplaces that let shoppers buy and sell all manner of used clothing and accessories, from Louis Vuitton handbags to Old Navy sweaters.

Sites like the RealReal, Poshmark and ThredUp are betting this budding business, which some are calling re-commerce, is on the cusp of explosive growth.

A milestone for the commerce of secondhand-fashion as the RealReal began trading on the Nasdaq stock market. The company priced its stock at $20 a share, which would raise $300 million in its initial public offering.

The firm’s shares, listed under the ticker “REAL,” were up nearly 40 percent in New York. It is the latest this year in a series of I.P.O.’s of companies backed by venture capital.

“I absolutely think there is a shift in how certain cohorts are spending and thinking about spending on fashion,” said Liz Dunn, founder of Pro4ma, a retail analytics company.

The listing “tests whether or not this is a fad or if it has longevity,” she added.

The company, founded in 2011 by Julie Wainwright, its chief executive, says it is the biggest online marketplace for authenticated, consigned luxury goods, and counts Gucci, Cartier and Hermès among its top-selling designer brands.

The RealReal, which had $207 million in revenue last year, has said that it is benefiting from a growing acceptance of buying pre-owned goods and increasing sales of luxury goods online.

“We really believe in where we are going and the value of the company,” Ms. Wainwright said in an interview, adding that she and her investors did not sell any shares in the offering.

“It is just the beginning and hopefully, it is a great branding event,” she added.

The RealReal has carved out a lucrative niche by employing more than 100 experts, including gemologists and horologists, to authenticate the luxury goods it carries, to reassure buyers worried about counterfeits.

The company, which has three stores and mostly trades in women’s goods, has also made it seamless to sell items and even conducts “white glove” home visits for certain sellers. It says it has paid consignors $988 million since its inception.

The company claims it is on the vanguard of changing consumer habits. The argument goes that younger shoppers want luxury goods but do not want to pay full retail prices — and they want to be environmentally responsible.

Such consumers are increasingly opting to buy used items or rent apparel and accessories. More than 75 percent of the RealReal’s buyers and sellers have annual household incomes of $50,000 or more.

Thrift stores and even eBay have been around for a long time, of course. But the current crop of start-ups that specialize in secondhand apparel and accessories have offered a more advanced shopping experience, drawing notice from venture capital firms and traditional retailers.

Earlier this year, Neiman Marcus invested in the site Fashionphile that sells pre-owned luxury handbags and jewelry. As part of the deal, customers can receive payment at some Neiman Marcus stores for their used luxury goods, which can in turn be spent on new merchandise at the chain.

Poshmark, a popular app where people can buy and sell used apparel from more mainstream brands like Anthropologie and J.Crew, has also been expanding rapidly.

The company, which has raised about $160 million since 2011, hired bankers earlier this year in preparation for a public offering, according to two people familiar with the situation.

ThredUp, another player, has raised more than $130 million since 2009, and Depop, a retailer based in London, recently attracted a $62 million investment.

ThredUp said that secondhand-apparel sales totaled $24 billion in the United States last year and could double to $51 billion in five years, citing data from GlobalData, a retail analytics firm.

“There’s no stigma associated with it anymore, which is kind of crazy,” Ms. Dunn said of buying used goods.

“One of my most posh friends announced to a whole table last weekend that everything she was wearing was from the RealReal, which is a real shift. It also plays into the desire from younger consumers to feel a little more responsible about waste,” she continued.

The sites have also tapped into the fun, treasure-hunting experience offered by chains like T.J. Maxx, which is hard for behemoths like Amazon to replicate, said Barbara E. Kahn, a marketing professor at the Wharton School.

“Clearly, the space is big — just by sheer numbers, it is  always going to be bigger at the low end than the high end, as there is more contemporary and fast-fashion out there than luxury,” Ms. Wainwright said.

“We have a lot of moats around our business from our service for consignors, to data we use to get optimal pricing, to back end processes and software and our authentication process,” she continued.

The RealReal, which has more than 1,700 employees, is not profitable — and does not appear to be worried about making money, at least for now. The company’s revenue jumped more than 50 percent last year, and its loss widened by more that 40 percent, to $76 million.

The company said it had been investing in stores, merchandising, staff and marketing to attract more buyers and consignors and that it anticipated operating losses “to continue in the foreseeable future.”

Ms. Wainwright said that the company had “a strong focus on growth, but with increasingly better unit economics.”

The RealReal, which is based in San Francisco, has raised more than $350 million from firms including Greycroft Partners and Great Hill Partners.

Not everyone is thrilled with the RealReal’s plans. Some high-end brands have pushed back against resale platforms, claiming that the businesses do not do a good enough job rooting out fakes.

In November 2018, Chanel filed a lawsuit against the RealReal accusing the business of selling counterfeit Chanel products and giving consumers the false impression that the two companies were affiliated.

The only way consumers can know that they are buying genuine Chanel items is by purchasing from Chanel or from an authorized seller, the French fashion brand said.

The RealReal has countered that Chanel was engaged in a “broader campaign to stifle legitimate competition and undermine consumer confidence in a market Chanel views as a competitive threat.”

“The truth is, we do not need the brands to embrace us because we sell consumer-to-consumer. Having said that, most brands understand that a strong secondary market results in a strong primary market.” Ms. Wainwright said.

The legal dispute highlights a fundamental tension between consignment platforms and fashion houses that have built their businesses on the “notion of scarcity,” Ms. Kahn said.

“Anytime you have people who are not the elite wearing the brands that really do cost that much, it does threaten to undermine the value of the brand for people who can afford it,” she said.

“Chanel has always been super exclusive, more exclusive than anything except for maybe Hermès,” she continued.

Ms. Kahn said that similar forces were driving the enthusiasm for online resellers and rental services like Rent the Runway, Le Tote and others. These businesses give consumers access to expensive brands at a cut-rate price, she said.

“People have been talking about this in regard to millennials and Gen Z for a while, where they do not feel like they have to own things, and this is a way to get more stuff then move on from it,” she said.

This mind-set might set off alarms at retailers that need people to keep buying new items. But Ms. Dunn said that knowing sites like the RealReal exist could also “lessen the heartburn you have about spending thousands of dollars on something in the first place.”

“That whole cycle is something that will be tested out over time,” she said. 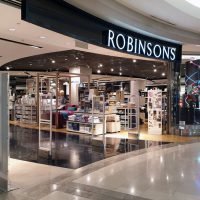 Philippine's Robinsons Retail switches from fashion to pets
Next Article 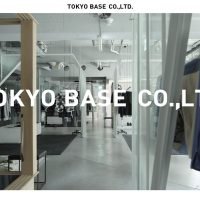 Tokyo Base on track again?