Samsung Electronics announced better-than-expected profits for the first quarter in a preliminary earnings forecast released as robust chip sales offset losses from declining sales of smartphones and other consumer electronics in the wake of the coronavirus pandemic.

The Korean tech giant said that its operating profit will likely rise 2.73 percent to 6.4 trillion won (US$5.2 billion) during the January-March period compared to the same period last year.

That estimate was higher than the average market consensus of 6.09 trillion won compiled by financial information services provider FnGuide as of 6th April.

Revenue is expected to increase 4.98 percent on year to reach 55 trillion won, Samsung said, which was in line with market expectations.

Analysts and market trackers said the world’s largest smartphone manufacturer fared relatively well in the first quarter thanks to its chip business.

Chipmakers including Samsung enjoyed a surge in demand in the first three months of the year as clients started stacking up inventory, along with an increased demand for dynamic random access memory (DRAM) chips for servers.

Demand for server DRAM is spiking because of so many people working from home around the world and increased online content consumption due to the coronavirus.

Analysts predict that semiconductors had a lot to do with Samsung’s profit performance, although the company doesn’t break down profit by business division in early estimates.

The displays and consumer electronics divisions, however, will likely have had a poor quarter because the coronavirus outbreak disrupted the global supply chain and consumer sales.

Consumer demand could fall even more in the next quarters, which could prompt all electronics makers to cut back on their orders of chips from Samsung.

Samsung had hoped its latest flagship Galaxy S20 smartphone would drive sales for the IM division, but sales are disappointing.

“Shipments of Galaxy S20 models could dip below 60 million, lower than previously expected since the model failed to distinguish itself,” said Kim Sun-woo, an analyst at Meritz Securities.

Lee Soon-hak, an analyst at Hanwha Securities & Investment, painted a dim prospect for the second quarter due to lower demand for electronic appliances and digital gadgets.

“We expect Samsung will post 54.2 trillion won in revenue and 6.1 trillion won in operating profit because sluggish demand for smartphones and televisions will continue through the second quarter,” Lee said,

According to local analysts, an unexpected boost came to LG from Korean consumers worrying about air quality and indoor hygiene, which led to higher sales of products like air purifiers, clothes dryers and wireless vacuum cleaners, a segment LG is strong in.

The TV business improved as well. Sales of large OLED TVs increased, combined with a drop in marketing expenses as competitors refrained from excessive advertising after the coronavirus outbreak. Smartphones sales, however, fell short of expectations. 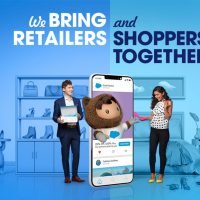 How retailers can connect with digital-only customers
Next Article 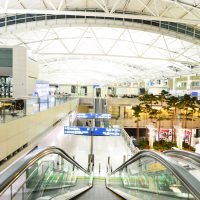