A worker intently studies an aluminium suitcase on the assembly line at the Rimowa factory in Cologne. He opens and closes it repeatedly, lays it flat, pounds a hinge with his mallet, stands it on its wheels and starts over again. Until this bag is perfectly balanced, it will not leave the factory. Such labour-intensive quality has been in Rimowa’s DNA since Paul Morszeck founded it in Cologne in 1898.

With its immediately recognisable aluminium cases and grooved design, Rimowa is a cult brand, the type that bonds owners in a kind of unspoken club.

The German company turns 120 this year, but there will be no one special event, says Alexandre Arnault, the new 25-year-old CEO, who finds the idea of a party ‘outdated’. Rather, it will be a whole year of celebration, of taking a fresh look at the suitcase brand that pioneered aluminium and polycarbonate, and finding ‘a cool way to remind people who we are’.

Tall, poised and impeccably dressed, fluent in French, English and German, Arnault is the third child of LVMH CEO Bernard Arnault and it was his idea that the luxury goods conglomerate acquire Rimowa. He had been using a matte black ‘Salsa’ model since age 17 or 18, when he moved to New York for an internship.

‘My family was not too happy when I travelled with it,’ he recalls. ‘But when they looked at it carefully, they understood the beauty of the product, the craft behind it.’ The family operation has high-profile luggage brands of its own, of course, but when Louis Vuitton started to modernize its suitcase line with lighter and four-wheeled models, Rimowa’s particular set of skills became clear.

LVMH bought Rimowa in January 2017, after two years of negotiation, and Arnault was appointed CEO alongside Dieter Morszeck. He has been actively shepherding the brand ever since, with collaborations, new stores, a pop-up, and no sign of slowing down.

‘What I have learned from growing up in my family and seeing other CEOs is that you have to be involved in the product on every single level,’ he says.

In June he hired Hector Muelas, formerly of Apple and DKNY, as Rimowa’s chief brand officer. Early this year they unveiled a new visual identity, a collaboration with Munich-based Bureau Borsche and London-based Commission Studio.

The pill-shaped frame and rounded letters of the previous logo have been replaced with an understated design, with a refined sans serif font that ‘encapsulates the timeless and considered nature of the brand’, says Muelas. The colour blue has disappeared in favour of neutral shades – black, white and grey.

The team also designed a new monogram inspired by Rimowa’s original from 1898. It features sharpened vertices like the spires of Cologne’s famous cathedral, intertwined with angular curves that mirror the industrial forms of contemporary Rimowa suitcases.

Both the logo and monogram appear on a redesigned range of packaging. Once an afterthought, Rimowa’s packaging now aspires to be as pleasing as that of an iPhone.

There are dust bags, shopping bags with straps held in place by rivets, and gift boxes for carry-ons. Demonstrating a price tag that slides out of a little folder, Muelas says, ‘With every single piece of design, we put a lot of consideration into how it would make people feel. When you buy Rimowa it’s a magic moment. It’s got to have a ritual.’

Paper accessories such as an owner’s manual and notebooks are embossed with fine parallel lines to mirror the suitcases’ grooves. Geographic coordinates appear here and there, making oblique reference to meaningful locations for the company, such as the factory where each case was produced.

The number of meaningful locations is increasing, as last year saw a slew of new store openings in cities such as Paris, Frankfurt and Tokyo. Arnault wants each one to give customers an experience, and he plans to hire in-country architects to design individual stores for different markets. Beyond suitcases, customers in larger cities will discover unique lifestyle products made by local talents especially for the brand. In Paris, for example, the new flagship is selling chocolate bars by Patrick Roger, available until mid-February.

Arnault is also excited about the pop-up concept, having launched the company’s first in Beverly Hills last December, built to look like a luggage conveyor belt and selling products such as fresh juice and travel and design books, as well as aluminium pens by Kaweco and T-shirts by German brand Merz b Schwanen. ‘A pop-up in a new place for six months allows us to try a new store concept, a new design. If it works, great, we learn from it. If it doesn’t work, we also learn from it.’

As for collaborations, Rimowa teamed up with Fendi for a limited-edition suitcase with a belt, leather handles and the double F logo melded onto the aluminium surface. Also launched last December, the cases came with a price tag of €1,700 and sold out within a week. While more such team-ups are on the horizon, Arnault is keeping the details to himself. What he does admit to is his dream collaboration, with Nasa. He plans to contact them soon.

This goal reflects Arnault’s love of technology (he Is a graduate of Paris’ prestigious École Polytechnique). In 2016, Rimowa introduced electronic luggage tags, and the young CEO is considering what other digital innovations might add value for the customer. Nothing gimmicky, he insists. A suitcase with an integrated battery charger would be heavy and unnecessary, while one with its own scale seems practical.

For the 80th anniversary of its signature aluminium suitcase last year, the house produced a fully digital campaign – portraits of Rimowa cases belonging to Karl Lagerfeld, Martha Stewart and the Italian chef Massimo Bottura, among others.

Reached at his recent Gucci Garden restaurant opening in Florence, Bottura recalls, ‘I bought my first Rimowa after years of luggage envy, watching other travellers wheel their metal cases around with ease.

In particular, I was fascinated by the Rimowa photography cases, these big aluminium boxes that protected fragile equipment. Finally, a wheel broke on a black plastic trolley I had and I bought a Rimowa silver bullet trolley at the airport to replace it. And that was the beginning of the obsession.’

At a time when many brands talk about storytelling, suitcases are natural vehicles for it. ‘They’re travel companions,’ notes Muelas, witnesses to the experiences and memories that mark a journey. Indeed, when LVMH announced the acquisition, Arnault received notes from people around the world telling him their Rimowa stories.

He says, ‘There’s an amount of love that exists out there for this product that I’ve rarely seen before, and I think it’s linked to this relationship of trust. Our suitcases are so robust that people trust us with their most personal belongings, their most valuable things.’ 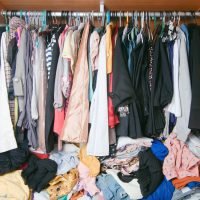 Apparel has lost its appeal
Next Article 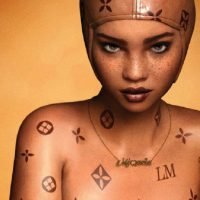