Retail-tainment rolls out across Asia Pacific

‘Retailtainment’ is one of the hottest trends to hit APAC shopping centres and malls in 2016, as retailers look to lure shoppers back to physical stores with the promise of an entertaining experience.

A hybridisation of ‘retail’ and ‘entertainment’, retailtainment is all about enhancing a customer’s shopping experience by injecting an entertainment element into the retail mix such as an on-site café or an instore DJ. Why? To lure consumers away from the computer screen and into a physical retail space.

“The major focus must be to create a differentiation, an emotion, a real experience – something that neither digital nor traditional channels can provide,” explained Michael Guenoun, managing director travel retail Asia for Cartier, in a Moodie Davitt report published in July this year.

SEE ALSO: What exactly is “retail-tainment”?

Globally, shoppers are placing value on experiences rather than possessions. Asia-Pacific shoppers, in particular, are embracing the region’s new ‘retailtainment’ mall drops – in shopping capitals like Singapore, Hong Kong and Melbourne — thanks to shopping centre developers responding to the ‘experience’ call.

A ‘New Age of The Asia Pacific Retail Market’ report, published by CBRE, said that in today’s competitive retail environment, shopping centre landlords need to be more proactive in managing their tenant mix and refreshing their offering to consumers.

“These initiatives can provide consumers with a more complete “retailtainment” experience which has been shown to drive foot traffic and increase the overall time shoppers spend at a retail destination,” continued CBRE.

“Investing and executing special events, in line with their mall’s target audience and positioning, can help landlords achieve higher returns not only in terms of branding, image and media exposure, but also in revenue.”

And more experience-led malls are slated to open in Asia the next three years. The Forest, a three-storey mall with 50,000 square feet of retail space, will open in Hong Kong’s Sneaker Street in mid-2017. Incorporating greenery and modern architecture, the mall hopes to lure shoppers into a nature experience – with a giant tree and atrium – planted securely within the shopping mall.

Sunway Velocity Mall in South Kuala Lumpur is a seven-storey mall with 1 million square feet of retail space, and the biggest IMAX screen in Malaysia. In Singapore, the soon to be transformed Funan mall will also feature a ‘Tree of Life’ where the public can book classes with local designers in their studios, rather than just consume their products as shoppers.

Down under, Australians have been making fewer visits to retail outlets in recent years, as increasing numbers turned to online shopping for its convenience and cheaper prices. But while bricks-and-mortar visitation is still well down on five years ago (by some 100 million trips, despite a growing population), it has shown signs of a turnaround.

According to Roy Morgan’s ‘State of the Nation’ report, Australians made 90 million more trips to bricks-and-mortar stores in the 2016 financial year than they did in the previous year.

Over the last financial year, Australians made a combined 1.43 billion trips to bricks-and-mortar retailers including department stores, discount stores, as well as hardware, homeware and clothing stores. The yearly uptick marked an increase of 90 million trips on the 2015 financial year.

“Today, bricks-and-mortar stores are anything but traditional. To survive in these changing times, retailers have had to develop a more omni-channel approach, so customers can choose how they shop with them: online, offline or a mixture of both,” said Michele Levine, CEO, Roy Morgan.

Retailers have also made progress in terms of boosting foot traffic to their physical stores, by enticing shoppers with a more entertaining in-store experience. 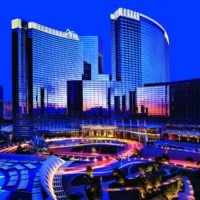