Vestiaire Collective is refreshing its image as the luxury resale site looks to grow sales in Europe and Asia.

The branding changes involve a new, black-and-white logo, that will feature on updated packaging.

Vestiaire Collective is also launching a campaign which promotes resale as a modern alternative for the luxury and sustainability-conscious consumer. It will roll out in Europe and Asia Pacific spanning television, print, digital and social media.

Vestiaire Collective’s new look comes after a US$62 million funding round last year, which the company is using to expand internationally.

The past 18 months have seen the company enter Asia, open logistics hubs in France and Hong Kong.

This month the company is opening a new head office in Paris, on the back of 100 new hires in 2018.

“It will allow us to speak to a wider audience,” said chief marketing officer and vice president for EMEA Ceanne Fernandes-Wong of using traditional forms of advertising — including black cabs in London and television in France — alongside digital.

“Resale is not new, it’s not niche, and we want to bring that education that resale is chic and cool… and bring people who would otherwise say, ‘it’s luxury and not for me.’”

However, Vestiaire Collective faces increased competition from other players in the luxury resale market, which is on track to hit $6 billion in global sales this year, according to Bain.

Competitors have piled into the space in recent years, including ThredUp, Poshmark and Grailed. The biggest is TheRealReal, which opened its first permanent retail and consignment space in New York in November 2018, after hosting a pop-up a year earlier, and has raised $173 million funding.

“We want to extend the category in the right way,” said chief operating officer Olivier Marcheteau. “There is €250 billion worth of luxury product sold every year — we’ve probably only scratched that surface.” 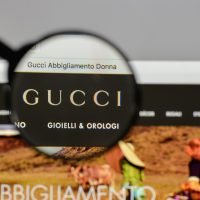 The 15 hottest online luxury brands in 2018
Next Article 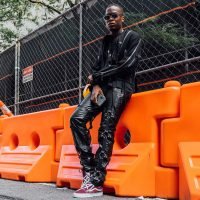 Ev Bravado at the head of DIY Couture