#RCAsia17: takeaways from the speakers

On 10 and 11 October 2017, Retail in Asia, as enhanced partner of the Retail Congress Asia Pacific 2017 (#RCAsia17), joined the event to listen to the main actors in the retail landscape.

The Congress offered a combination of established retailers, innovators and disruptors who shared their knowledge and expertise on the thought-provoking theme, ‘Reshaping Retail in Asia Pacific: Transform and Prosper’, with the aim of preparing businesses for the unknown.

Over 300 attendees at the Congress heard from a range of senior retail leaders from across the region and beyond about how they are focusing on today’s customers’ needs. This is leading to far more engaging online experiences, greater content, faster response, quicker delivery and a rethinking of the role of the store.

Across Asia and particularly in China, the use of technology, data, content and speed is revolutionizing retail by making it easy for consumers to purchase and to pay for products.

China now leads the world in launching new retail ideas said speakers at the 2017 Retail Congress Asia Pacific, that is why the organizers chose Hong Kong as the place where West meets East.

The first day Guru Gowrappan, Global Managing Director from Alibaba, provided the audience with an overview of the Chinese market and the actual segmentation of its consumers.

The day continued with Suzanne Santos, General Manager for Retail and Customer Service from Aesop Australia, who reminded retailers that the key to succeed are the people, meaning the employees, and not the customers only.

The panel on luxury saw the Regional Director APAC from Canali describing menswear and made-to-measure products as being driven by the amusement offered to the customers. He explained how serving men is harder as they do not like shopping, they would rather delegate somebody else, but they do enjoy shopping experience if enhanced by dedicated partnerships such as cigar and spirit companies for VIP events.

Vispi Patel, Managing Director of L Catterton, in the same panel, discussed the peculiarity of Indian market, in which luxury is not for the wealthiest, but for the youngest as they have more appetite for the novelty once reached a certain buying power.

Annie Yau Tse, Chairman and CEO of TSL, following up on the appeal that luxury has on the new generations described how jewellery is shifting towards fashion accessories and even diamonds are conceived no longer gifts for special occasions but an accessory to wear every day.

The three panelists concluded that luxury has to embrace digital transformation to engage the youngest consumers, but the brick & mortar will still play an important role in the experience of the product.

During the Congress, Jd.com’s President, Xia Ding, discussed the changing demand for fashion brands, and took the chance to announce the launch of Toplife. Jd.com’s luxury ecosystem thought to recreate exclusivity online.

Another panel was dedicated to the Asia’s rising stars, who were asked to discuss the evolution of retail. The panel included Sasha Tan, founder of Favful, Yusuke Saito, co-founder and CEO of Empag, and Tiantian Zhang, co-founder and COO of Vigo Technologies. The key topics reconnected to the profile of Chinese consumers as benchmark to understand the emerging markets’ potential consumers, who are becoming more and more tech-savvy.

If Asia presents retail landscape like Hong Kong, which is way more sophisticated than countries like India for instance, it is clear that we cannot generalize and talk about Asia, but we need acknowledge the country-specific feature, which inevitably shape the retail performance.

In the case of China, the fast-growing digital infrastructure seems to be the result of the problem-solving processes initiated to compensate to the lack of an easy retail infrastructure able to serve such a huge country. E-commerce became not only a way of testing the market for many brands, but it is destined to remain relevant to target the younger consumers, who show much more trust towards Internet.

Influencers were frequently mentioned, and the congress could not miss the chance to give voice to the new players in the retail industry. Veronika Li, fashion stylist, image consultant, and influencer, provided insights into influencers’ word and explained how matching brand DNA with influencers, and choosing an influencer who is a fan of the brand is the first criterion to select a brand ambassador.

Marketplaces were also a hot topic and Duri Granziol, Co-Ceo of Lazada moderated a panel which involved Annemiek Ballesty, VP for the Fossil Group Greater China, Nati Harpaz, CEO of Catch Group, and Benoit Lavaud, Group Digital Director of Bluebell Group. All the panelists agreed that marketplaces like Lazada and Alibaba for instance represent a solution to test new market, but also to get consumers who are looking for categories instead of brands. At the same time, Lazada, which operates in emerging countries such as Indonesia and Vietnam allows to skip the long search for valid logistics partners and payment issues. Additionally, those marketplaces still enable brands to personalize their own digital strategy and provide the opportunity to monitor the traffic.

In the particular case of high-end and luxury brands, going digital is still seen as a defeat and sometimes not planned carefully. However, what emerged from the panelists is that while planning a digital strategy, the methodological approach should not differ from an offline research as at the end of the day, the goal is to bring customers to experience the products, either online or offline.

Alexander van Kemenade, Head of Consulting Asia for The Economist Intelligence Unit, provided an overview on the trends in the Asia market. Alexander focused on millennials and explained why sectors like F&B represent the new luxury, recalling the avocado toast’s case which populated the Internet in the past few months, and beer as a great example of how a well established product can be revamped by working on the craftsmanship and engaging the young consumers with the story of brewery.

Alexander reminded the audience not to be afraid of daring because failure can bring innovation. We should not forget that China e-commerce is the result of the distribution failure in such a huge market.

Michele Molon, Executive Vice President Ominichannel and Commercial Operations from Swarovski talked about the connected consumer and the strategies adopted by  Swarovski, whose motto is ‘diamonds for everybody’.

The organizers invited Alessandro Medi, Regional Director for South East Asia of Sunglass Hut – Luxottica, to close the congress. Alessandro summarized the topics discussed and reminded to his peers the importance of localizing the products to the target market among others. 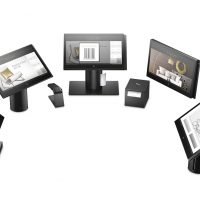