Ralph Lauren Corporation, a global leader in the design, marketing, and distribution of premium lifestyle products, reported earnings per diluted share of ($0.53) on a reported basis and $1.44 on an adjusted basis, excluding restructuring-related and other net charges, for the second quarter of Fiscal 2021.

This compared to earnings per diluted share of $2.34 on a reported basis and $2.55 on an adjusted basis, excluding restructuring-related and other net charges, for the second quarter of Fiscal 2020.

“Looking across the first half of the fiscal year, we continued our elevation journey while fast-tracking Connected Retail and our company-wide digital transformation. We also began the hard but necessary work of simplifying our organizational and cost structures to position the company for future growth. Looking ahead, we will continue to work proactively to deliver an elevated experience that inspires consumers around the world and creates value for all of our stakeholders,” said Patrice Louvet, President and Chief Executive Officer.

The company delivered five highlights across its strategic priorities in the second quarter of Fiscal 2021. The first highlight is to win over a new generation of consumers by engaging with new and existing consumers through a continued focus on digital activations and key brand moments across social media, sports, and music.

The second highlight is to energize core products and accelerate under-developed categories by continuing to evolve its product mix to align with changing consumer preferences by region, including a return to pre-COVID categories in Asia and Europe and more casual assortments in North America.

The third highlight is to drive targeted expansion in its regions and channels by improving performance sequentially across all regions in the quarter led by its digital channels, despite further disruptions from COVID-19 and cautious consumer behavior. Chinese mainland performance continued to improve, with second quarter sales increasing more than 30% to last year in constant currency, recovering to pre-COVID trends.

The fourth highlight is to lead with digital. Global owned digital sales increased mid-teens to last year, with double-digit growth in all regions. North America digital sales accelerated, with sales to domestic customers up high-teens. Continued to expand its offering of Connected Retailing capabilities to enhance the consumer experience, which now include: virtual clienteling, Buy Online-Ship to Store, Buy Online-Pick Up in Store, curbside pickup, appointment scheduling, and mobile checkout and contactless payments.

The last highlight is to operate with discipline to fuel growth. Adjusted operating expenses decreased 19% to last year, primarily driven by savings from employee furloughs, lower rent and reductions in corporate expenses. Inventories declined 12% at the end of the quarter, reflecting continued efforts to ensure healthy inventory positions across geographies and channels.

In the second quarter of Fiscal 2021, revenue decreased by 30% to $1.2 billion on a reported basis and was down 31% in constant currency, with declines across all regions due to COVID-19 related impacts. Foreign currency favorably impacted revenue growth by approximately 100 basis points in the second quarter.

North America revenue in the second quarter decreased 38% to $543 million. In retail, comparable store sales in North America were down 32%, with a 40% decrease in brick and mortar stores partly offset by a 10% increase in digital commerce. North America wholesale revenue decreased 46%.

Asia revenue in the second quarter decreased 7% to $237 million on a reported basis and decreased 8% in constant currency basis. Comparable store sales in Asia decreased 11%, with a 12% decline in our brick and mortar stores partly offset by a 32% increase in digital commerce.

Gross profit for the second quarter of Fiscal 2021 was $799 million and gross margin was 67.0%. Adjusted gross margin was 66.5%, 500 basis points above the prior year on a reported basis and up 480 basis points in constant currency. Gross margin expansion was primarily driven by AUR growth across all regions as well as favorable geographic and channel mix shifts partly due to COVID-19.

Operating expenses in the second quarter of Fiscal 2021 were $820 million on a reported basis. On an adjusted basis, operating expenses were $643 million, down 19% to last year, primarily driven by savings from employee furloughs as well as reduced corporate and selling expenses. Adjusted operating expense rate was 53.9%, compared to 46.6% in the prior year period.

Inventory at the end of the second quarter of Fiscal 2021 was $887 million, down 12% compared to the prior year period.

As previously announced, a strategic review has been underway to support future growth and profitability, and to create a sustainable cost structure. The review process includes the evaluation of Ralph Lauren’s: (i) team organizational structures and ways of working; (ii) real estate footprint and related costs across distribution centers, corporate offices, and direct-to-consumer retail and wholesale doors; and (iii) brand portfolio.

On 22nd September, 2020, the Company announced actions related to the first initiative under the “Fiscal 2021 Strategic Realignment Plan” to reduce its global workforce by the end of its Fiscal 2021. These reductions are expected to result in gross annualized pre-tax expense savings of approximately $180 million to $200 million, with savings realization primarily beginning in the Company’s Fiscal 2022. In connection with the reduction in workforce, the Company expects to incur total pre-tax charges of up to approximately $160 million. The majority of this charge was recorded in the second quarter of Fiscal 2021.

As part of Ralph Lauren’s ongoing brand portfolio review, the Company is announcing the transition of the Chaps brand to a fully licensed business model, consistent with our long-term brand elevation strategy. The Company has entered into a multi-year licensing partnership, taking effect on 1st August, 2021 after a transition period, with an affiliate of 5 Star Apparel LLC, a division of the OVED Group, to manufacture, market and distribute Chaps menswear and womenswear. The products will be sold at existing channels of distribution with opportunities for expansion into additional channels and markets globally.

This agreement is expected to create incremental value for the Company by enabling an even greater focus on elevating its core brands in the marketplace, reducing its direct exposure to the North America department store channel and setting up Chaps to deliver on its potential with an experienced partner that is focused on nurturing the brand.

In addition to the updates provided, the Company anticipates additional actions associated with the aforementioned initiatives as part of the Fiscal 2021 Strategic Realignment Plan. 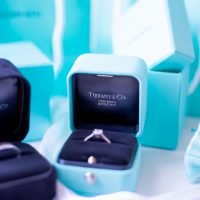 LVMH modifies terms for the acquisition of Tiffany & Co.
Next Article 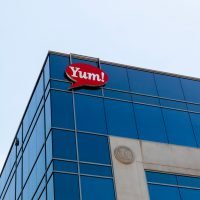