Balmain has partnered with Puma for a ready-to-wear collection, enlisting actress and model Cara Delevingne for creative input. The creations will go on sale worldwide from November 21.

Puma and Balmain took to social networks to announce a sportswear-inspired collection designed in collaboration with Cara Delevingne, who has been a close friend of Balmain Artistic Director Olivier Rousteing for several years now.

Together, they came up with a collection of ready-to-wear, shoes, and accessories directly inspired by the world of boxing.

The first visual showed off by Balmain shows Delevingne in a boxing ring, wearing a colorful Puma x Balmain-branded sportswear-inspired outfit along with boxing gloves.

For its part, the German sportwear brand released a short video featuring Delevingne, Rousteing, and a number of other models wearing pieces from the unisex collection.

The collaboration serves up pieces combining sportswear and glamour, notably a long-sleeved structured mini dress. Throughout, the DNA of both brands show through, as does Delevingne’s personality. WWD (Women’s Wear Daily) reports that the collection will be composed of 35 pieces in total.

Delevingne, who has alternately posed for both Puma and Balmain several times, has already proven her mettle as co-designer alongside Rousteing. Last Spring, the top model created three handbags for the luxury house.

Fashionistas will have to wait until November 21 to get their hands on the pieces from the Puma x Balmain collection, which will be retailed worldwide. 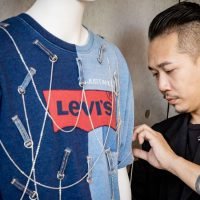 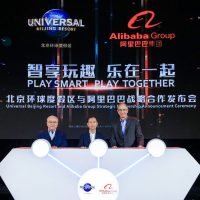