As Alipay accelerates its footprint across the globe, overseas spending through the app continues to increase, compared to the same period last year.

Notable findings and key local highlights include:
• Singapore ranked sixth globally in terms of transaction volume, behind Thailand and Malaysia which ranked second and fourth respectively.
• The total transaction volume increased by 10% this year compared to the same period last year.
• Average spending per user increased by 15% compared to the same period last year.
• On average, Chinese tourists who are using the “Passion Made Possible Privilege” program (jointly launched by Alipay and Singapore Tourism Board) spent three times more than others.

Notable global findings include:
• In-store transaction volume this year was 110% of the same period in 2018.

• Emerging destinations saw some of the fastest growth in Alipay use compared to the previous year, the Philippines experienced 26 times the volume of transactions this year than in 2018, thanks to the mass rollout of Alipay to local merchants over the last 12 months.

• Chinese tourists crave unique travel experiences: the sales of railway tickets in Europe through Fliggy increased by 35%, and the sale of “durian experience” packages in Thailand and Malaysia increased by 60% compared to the same period last year.

• More than 300,000 merchants in 55 countries and regions participated in Alipay’s Golden Week campaign this year. More than 1 million e-gift packs were collected by users via a scan of the promotion QR code during the first 4 days of this year’s Golden Week. 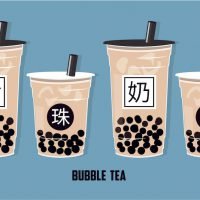