“Our first quarter revenue performance was impacted by strong NIKE Brand digital growth of 82 percent, offset by lower revenue in our wholesale business and NIKE-owned stores. Nearly all of the NIKE-owned physical doors were open during the quarter across North America, EMEA and Greater China with approximately 90 percent of doors open in APLA. However, despite a majority of stores open in the quarter, we continue to experience year-over-year declines in physical retail traffic across the marketplace due to COVID-19 impacts and safety related measures, offset partially by higher conversion rates. EMEA returned to growth of 5 percent on a reported basis, led by triple-digit growth in digital. Greater China revenue increased by 6 percent on a reported basis and 8 percent on a currency-neutral basis, led by digital and NIKE Factory Stores,” continued John.

“NIKE is recovering faster based on accelerating brand momentum and digital growth, as well as our relentless focus on normalizing marketplace supply and demand,” said Matt Friend, Executive Vice President and Chief Financial Officer, NIKE, Inc. “We continue to drive investment in capabilities that will fuel our consumer-led digital transformation, catalyzing long-term growth and profitability for NIKE.”

Gross margin decreased 90 basis points to 44.8 percent primarily as a result of impacts from COVID-19, including higher promotions to reduce excess inventory across the marketplace and higher supply chain costs. These factors were offset slightly by favorable full price product margins and the reversal of certain prior quarter reserve accruals associated with purchase order cancellation costs due to higher than anticipated consumer demand.

Operating overhead expense decreased 1 percent to $2.3 billion as lower travel and related expenses were slightly offset by restructuring costs and continued investments in digital capabilities, both of which are associated with the Consumer Direct Acceleration, the next digitally empowered phase of our strategy.

The effective tax rate was 11.5 percent compared to 12.4 percent for the same period last year, primarily due to benefits from stock-based compensation offset by a reserve for a discrete tax matter.

Net income was $1.5 billion, up 11 percent as lower selling and administrative expense more than offset lower gross margin and revenue and diluted earnings per share was $0.95, increasing 10 percent.

Inventories for Nike, Inc. were $6.7 billion, up 15 percent compared to the prior year period, and down 9 percent from the previous quarter as Nike continued to strategically manage excess inventory resulting from a significant number of door closures and lower wholesale shipments globally during the fourth quarter of fiscal year 2020.

Cash and equivalents and short-term investments were $9.5 billion, $5.8 billion higher than last year primarily due to proceeds from a corporate bond issuance in March and positive free cash flow, partially offset by share repurchases and cash dividends. Total liquidity at 31st August was $13.4 billion which includes cash and equivalents and short-term investments as well as committed credit facilities which remain undrawn. 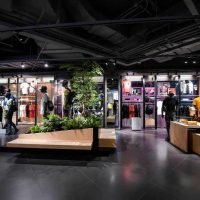 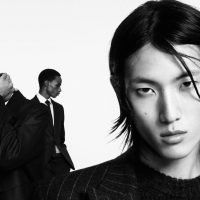