NIKE’s third quarter revenue performance was impacted by disruption related to the COVID-19 pandemic, particularly in North America and EMEA. North America revenues declined 11 percent on a currency-neutral basis, largely driven by global container shortages and U.S. port congestion, which delayed the flow of inventory in the third quarter by more than three weeks, impacting timing of wholesale shipments, and partially offset by NIKE Direct growth of 15 percent. EMEA physical retail sales declined, as 45 percent of NIKE-owned stores experienced mandatory COVID-19 related closures for the last two months of the quarter, however this was partially offset by digital sales, which increased 60 percent. Today, approximately 65 percent of stores in EMEA are open or operating on reduced hours.

Greater China revenues increased 42 percent on a currency-neutral basis, which reflects strong double-digit growth versus the third quarter of fiscal year 2019 as we annualize the impact of COVID-19, as well as continued strong digital sales growth of 44 percent versus prior year.

“NIKE’s brand momentum is as strong as ever and we are driving focused growth against our largest opportunities,” said Matt Friend, Executive Vice President and Chief Financial Officer, NIKE, Inc.

“We continue to see the value of a more direct, digitally-enabled strategy, fueling even greater potential for NIKE over the long term,” continued Friend.

Revenues for NIKE, Inc. increased 3 percent to $10.4 billion compared to the prior year, down 1 percent on a currency-neutral basis.

Revenues for the NIKE Brand were $9.8 billion, a decrease of 2 percent to prior year on a currency-neutral basis, primarily due to declines in our wholesale business caused by timing of shipments due to global container shortages and port congestion delays in the U.S. and mandatory store closures in Europe, which were partially offset by double digit growth in NIKE Brand Digital and the Jordan Brand.

Revenues for Converse were $570 million, up 8 percent on a currency-neutral basis, led by strong digital performance in North America and Europe.

Gross margin increased 130 basis points to 45.6 percent, driven by higher full-price product margins due in part to Geography mix, and favorable NIKE Digital mix, partially offset by lower rates in NIKE Direct as we continue to manage inventory levels due to COVID-19 as well as unfavorable changes in foreign currency exchange rates. Selling and administrative expense decreased 7 percent to $3.0 billion.

The effective tax rate was 11.4 percent compared to 3.9 percent for the same period last year, due to decreased benefits from discrete items and a shift in the proportion of earnings taxed in the U.S., in part due to the impact of the COVID-19 pandemic. Net income was $1.4 billion, up 71 percent, and Diluted earnings per share was $0.90, increasing 70 percent, as the prior year included a $0.25 non-cash charge associated with the Company’s committed transition to a strategic distributor model in South America.

Inventories for NIKE, Inc. were $6.7 billion, up 15 percent compared to the prior year period, largely driven by higher in-transit inventory in North America due to U.S. port congestion and temporary store closures in EMEA.

Cash and equivalents and short-term investments were $12.5 billion, $9.3 billion higher than last year, primarily due to proceeds from a corporate bond issuance in the fourth quarter of last year and positive free cash flow, partially offset by cash dividends.NIKE continues a strong track record of investing to fuel growth and consistently increasing returns to shareholders, including 19 consecutive years of increasing dividend payouts. In the third quarter, the Company paid dividends of $434 million to shareholders, up 14 percent from the prior year.

“NIKE continues to deeply connect with consumers all over the world driven by our strong competitive advantages. Our strategy is working, as we accelerate innovation and create the seamless, premium marketplace of the future. I’ve never been more confident in our leadership and teams to operate with agility in a dynamic environment,” said John Donahoe, President & CEO, NIKE, Inc. 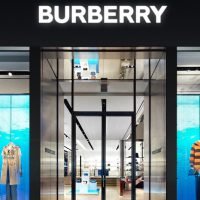 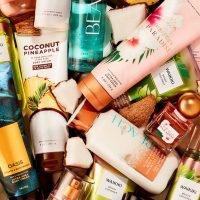 L Brands announces changes in Board of Directors