Nicolas Ghesquière to launch his own brand under LVMH

Luxury goods powerhouse LVMH has agreed to finance the creation and launch of designer Nicolas Ghesquière’s own fashion brand.

Ghesquière renewed his contract with Louis Vuitton last year and the development of own his eponymous fashion brand was part of the deal, sources have said. The precise timing of the launch is not yet known internally but the first details are expected to emerge in the course of the year, they said. The new fashion house will be based in Paris.

“Delphine (Arnault) is very close to Nicolas and she is the main person behind that project,” one of the sources said. Delphine Arnault, who was previously Dior’s deputy managing director, this year became the first of Bernard Arnault’s five children to join LVMH’s executive committee.

Ghesquière has told the media several times that he planned to launch his own fashion brand but he has kept mum about the timing and how it would be financed. LVMH has a history of backing the development of fashion brands led by designers who work for the group.

Examples include Marc Jacobs, who spearheaded Louis Vuitton’s womenswear from 1997 to 2013; and Michael Kors, who designed for Celine and left in 2003 to concentrate on his own New York brand. LVMH subsequently sold its stake in Kors, later regretting exiting too soon when Kors went public in 2011, turning that designer into a billionaire. Latterly, LVMH has invested in JW Anderson, the Ulster-born talent who launched his own label in 2008 and has headed Loewe womenswear since 2013.

On Tuesday, LVMH posted forecast-beating annual results, lifting its shares more than 5 percent. The group’s fashion and leather goods division, led by Louis Vuitton, revealed a 17 percent jump in fourth-quarter sales, defying concerns about a slowdown in demand in China and lost income in France due to the ‘yellow vest’ protests. Bernard Arnault said momentum had remained the same in January before the all-important Chinese New Year shopping period.

Bernard Arnault added that Louis Vuitton’s sales last year reached more than 10 billion euros, marking one of the first times in years that he has publicly disclosed the size the brand’s revenues. He said Fenty Beauty by Rihanna, the cosmetics brand launched by the singer in 2016, was a phenomenal success, with sales last year reaching nearly 500 million euros.

Asked if Rihanna would branch out into fashion and launch a new luxury brand backed by LVMH, he said: “It is an incredible success so it is true that it could give us ideas but for the moment, nothing has been finalized yet.”

LVMH did not reply to requests for comment for this article, nor did Louis Vuitton and Nicolas Ghesquière. 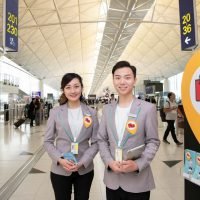 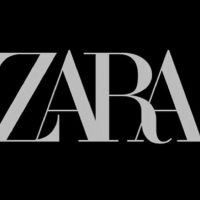