The Chinese group announced that it completed its purchase of the Apparel & Advanced Textiles business of Invista, a subsidiary of Kansas-based Koch Industries. The parties closed the acquisition just hours before the final deadline ran out on Jan. 31, more than 15 months after the deal was announced, a person familiar with the matter said.

Ruyi, the firm behind British bespoke tailor Gieves & Hawkes, had initially targeted to close the purchase by the middle of last year. Ruyi Chairman Qiu Yafu later pushed the date back, saying in a November interview the company was aiming for year-end.

The deal took over six months longer than expected, in part because Chinese capital controls made it difficult to move funds offshore, according to people familiar with the matter. The regulatory approval process in China and the U.S. also took longer than expected, the people said, asking not to be identified as the details are private.

A representative for Ruyi declined to comment on the reasons for the delay, adding that the regulatory process was normal. Invista didn’t immediately respond to emailed queries outside regular U.S. business hours.

Ruyi is adding about 3,000 employees through this latest deal, which brings it brands including Coolmax fibers and Thermolite insulation as well as manufacturing facilities, research centers and sales offices around the globe. Financial terms of the acquisition weren’t disclosed. It’s paying more than $2 billion for the business, people with knowledge of the matter have said. 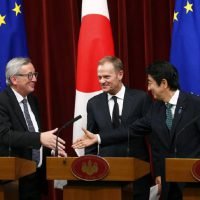 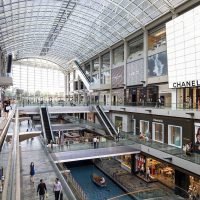 The Shoppes at Marina Bay Sands hit record high in 2018