All eyes were on Dior in May 2017 when Maria Grazia Chiuri presented her first cruise collection for the French luxury house. Set in the Santa Monica hills in Los Angeles, guests ranged from Rihanna to Charlize Theron to Chiara Ferragni. But one expected face was notably absent: Angela Yeung Wing, better known as Angelababy.

The China-born, Hong Kong-raised model and actress was appointed as Dior’s first-ever Chinese brand ambassador at the end of April 2017, sparking intense criticism from some of the brand’s followers.

“Dior, you are [becoming] more and more cheap, more and more low…” wrote one user on Weibo, where the official announcement was shared. Another alleged: “She is a mistress who relies on plastic surgery and Photoshop. All her fame is hype.”

While other comments were positive, the negative reaction was widespread and especially harsh. Angelababy’s fanbase is not to be sniffed at, with 81.6 million followers on Weibo, which may explain why Dior was drawn to her in the first place.

But the discontent expressed by some of the Chinese online community stems from a view that, as one Weibo user put it, “her temperament does not match the brand.”

Others cite her poor acting skills and that her generally poor reputation in mainland China would dilute the Dior brand. Part of the controversy centres around whether she has had plastic surgery.

“Chinese consumers do not see Angelababy’s public image [as fitting] for Dior’s independent feminist spirit. Even though she is certainly very well known in China, especially among youth and teenagers, her influence is not 100 percent positive. In fact, we tend to see her create online buzz that is more negative than positive,” Yiling Pan, associate editor at Jing Daily, who first reported on the story, told BoF.

Dior’s original Weibo post appointing Angelababy generated 55,790 comments and 66,281 likes, and has been reposted more than 761,700 times. Since the initial announcement, there have been no further posts about Angelababy on the brand’s official account, which has since revealed a second Chinese brand ambassador — actor Huang Xuan — who received a warmer response online.

In what is essentially a delicate matchmaking game, collaboration between global brands and celebrities in China must be part of a comprehensive, long-term plan, and not just a spark that can be quickly extinguished.

When Chanel tapped singer Coco Lee to be its regional brand ambassador 16 years ago, some loyal customers were so perturbed by the association with a local pop star that they stopped shopping at Chanel, prompting the French house to eventually end the partnership.

This episode was one of the first ‘crises’ caused by the collaboration of a luxury brand and a Chinese celebrity, but a lot has changed since 2001. Today, the industry is much more diverse and being a luxury brand spokesperson is no longer the preserve of a few global Hollywood stars.

“Popularity is not the only metric that global brands should rely on when it comes to finding the right ambassador,” warns Pan. Indeed, difficulty arises when it comes to the celebrity’s public image.

SEE ALSO : Who are the influencers driving watch sales?

Jackie Chan, for instance, enjoyed partnerships with a variety of brands, thanks to his cinematic success. But in recent years, the kung fu actor has been blacklisted by several luxury brands for appearing in too many commercials.

As the role of a brand ambassador becomes increasingly important for global brands in establishing trust and perception among Chinese consumers, brands need to “understand the personalities of the celebrities they would like to work with, and do research on how they are generally perceived by the public,” Pan adds.

And it is not just about likability. Chinese model Ming Xi pulled out of a runway performance in Cannes after amfAR published an Instagram post about the Dalai Lama, who is considered an ungrateful person in China.

Politically charged taboos are another big risk with fashion ambassadors in the Chinese market, especially on the Mainland. 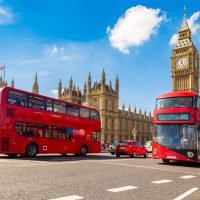 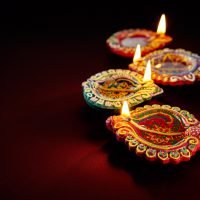