Cartier recently held the “Highlight Exhibition” of the Cartier Contemporary Art Foundation in Seoul, and immediately selected Seoul as the venue of the largest jewellery exhibition. The price of jewellery is as high as 7 billion won. On the first day of the exhibition, many products were sold. Cartier opened its grand opening gala dinner on 13th at the Dongdaemun Design Plaza to celebrate the event.

Cartier is not the only luxury brand to pay attention to Seoul.

Seoul was a point of departure of US$ 155-million Four Seasons super luxury package that explores the city’s restaurants around the world on a private jet.

Louis Vuitton also chose Tokyo and Seoul in Asia around the world for exhibition of ‘fly, sail, travel’ that encompasses the brand’s history.

Chanel, which does not exhibit easily, will also hold “mademoiselleprive” exhibition from 23rd June to 19th July at the Seoul D Museum. Seoul was selected for the first time in Asia, the second in the world after it was held in London, England in October 2015. It is an exhibition featuring all of Chanel’s scents from the haute couture costume to the perfume and high jewellery collection, to photographs and short films by Karl Lagerfeld.

The entering Seoul of Luxury brands trace back to 2015.
Experts say that Seoul was a “test bed” as a benchmark to try out the brand potential in 2015, Seoul is now emerging as a gathering place to maximize sales by attracting demand to other countries. Especially in the Chinese market, the purchasing power is big, but style sense is not absolutely far from Korean consumers. In addition, Seoul is a wondrous trend-reading city that has been woken up 24 hours a day.

SNS and IT are also attributed to that Seoul is regarded as a trendy city. Some global owners said that they can save marketing expenses by holding an exhibition in Seoul ,as it is spreading all over the world instantly through SNS.

“Seoul is a country full of energy, attracting trendsetters around the world,” said Han Young A, luxury marketing specialist. Seoul plays an important role as trend herb after So-ho in New York 20 years ago and Berlin 10 years ago. 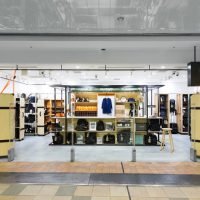 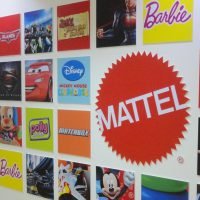