Hermès opens world-first ‘Through The Walls’ retail concept in Singapore

Hermès has opened ‘Through The Walls’, an immersive exhibition of the French luxury label’s home universe created especially for Singapore.

Showing at Hermès’ Liat Towers flagship store on Orchard Road, the world-first Hermès home exhibition will run from 7 to 29 October 2017.

In a bid to showcase its new collections for the home, under the artistic direction of Charlotte Macaux Perelman and Alexis Fabry, Hermès has tapped Parisian architecture firm RDAI to conceptualize the sleek space in Singapore.

The new outfit reflects the new line’s “functionality and beauty, rigour and fantasy,” an extension that hopes to resonate with Asian clients.

As such, the Hermès Singapore flagship has undertaken a striking reinvention, allowing customers to become fixated on furniture, and actually touch and feel the homewares.

“Through the Walls is an installation that sees spaces metamorphosed: architecture within architecture, a home within a home; the store becomes a place to live,” explained the Paris house, in a press release.

As well as retailing the interiors pieces – which include exquisitely crafted tableware, handcrafted wooden furniture pieces, and wrought leather accessories, and bespoke items such as a scarf cabinet, wallpaper and lighting – Through The Walls will also offer interactive workshops organised and available to the public.

Marking the new collection and pop-up, Hermès has also released a short film on its website. Entitled “Poetics Mechanics,” it features the brand’s objects in a personified manner, highlighting the form, material and function of each piece.

This new homeware focus comes on the back of the Hermes’ store revamp in 2016. Reopened in May 2017, clients are now privy to a much bigger space, with a devotion to furniture and home accessories.

The sudden focus on home lines has been sweeping luxury retail in recent weeks.

This month, Gucci announced and launched its first-ever homewares collection, while New York jewellery Tiffany & Co. will unveil its first home collections under its new artistic director, this November. 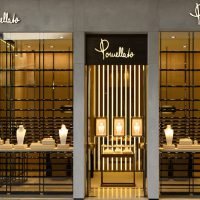 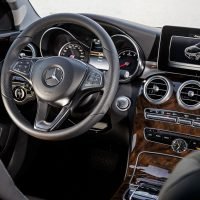 Mercedes-Benz retains No. 1 foreign car brand in Korea for 4 straight month
Featured Articles of the Week
Contributor 2 weeks ago