Lululemon jumped as much as 6% in early Friday trading after raising its 2019 revenue forecast and beating analyst expectations for its second-quarter earnings.

The athletic apparel company’s revenue was bolstered by a 35% growth in sales for its men’s products. Lululemon announced in April a plan to double men’s and online sales over the next five years, and seek annual revenue growth in the low teens over the period. It also looks to quadruple international revenue by 2023.

CEO Calvin McDonald – who joined Lululemon in July 2018 – noted the latest earnings figures were in line for the five-year plan and that momentum “remains strong.”

“We are now 2 quarters into our 5-year vision, and I am pleased with the strong execution and passion across the business to continue to deliver on our growth priorities,” McDonald said on an analyst call.

Here are the key numbers:

Lululemon also announced plans to open its second “experiential” store in Minneapolis’ Mall of America. The company opened its first such store in Chicago July.

The flagship features a restaurant, three workout studios, a meditation room, and events like yoga classes and movie screenings. The new location “will offer several of the features” found in the Chicago flagship when it opens in November, McDonald said.

The apparel retailer has 20 “buy” ratings, 12 “hold” ratings, and one “sell” rating from analysts, with a consensus price target of $205.29, according to Bloomberg data. 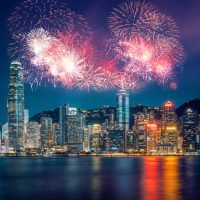 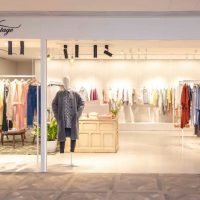