Global childrenswear sales continued to outshine both menswear and womenswear in 2016, benefitting from a mixture of macroeconomic and social trends including the abolition of the one-child policy in China.

According to a recent Euromonitor report, the dismissal of the one-child policy and a shift toward smaller, later families with high disposable incomes resulted in a lavish worldwide spend on children in 2016.

Kidswear continued to transition from “soft dressing to trend-led products,” as fashion played a bigger role in the buying process, and the frequency at which clothing is purchased continued to rise, said the group in note.

Furthermore, parents sought to dress their children like themselves, a mini-me trend that had a positive impact on sportswear, with Adidas kids coming in at sixth place in childrenswear category in 2016, up two spots from eighth in 2015.

Both sports-inspired footwear and apparel grew at a rapid pace, registering 10% and 6% growth in 2016, respectively, thanks to emerging markets such as India and Thailand, and the U.S.

Overall, sportswear, for the third year in a row, was the biggest category grower, recording an increase of 7% globally to be valued at US$78 billion.

“While consumer interest in health and fitness endures, sportswear is racing ahead, causing growth in other categories to look rather tame in comparison,” said Euromonitor.

Childrenswear grew 5% in 2016, while menswear grew by 4% in 2016, outpacing womenswear for the second consecutive year, up 3%. The global apparel and footwear market was worth US$1.7 trillion last year, despite recording its slowest yearly growth – just 4%, since 2008.

While there is a rising middle class in emerging markets, resulting in greater per capita expenditure, Euromonitor warned that the era of large growth following the recession could be over due to extended periods of consumer uncertainty.

“From Brexit and a Trump presidency to China’s new normal (slower) growth, combined with an increasingly crowded market and consumer priorities shifting towards experience over consumption, 2017 will prove to be a challenging year for many,” added the firm. 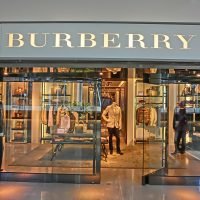 Burberry singles out China, Hong Kong for APAC return to growth
Next Article 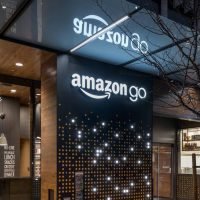