Alibaba lobbies to stay off US blacklist list for fakes

Chinese e-commerce giant Alibaba Group Holding Ltd is lobbying hard to stay off the US Trade Representative’s blacklist after coming under renewed pressure this year over suspected counterfeits sold on its shopping platforms.

Re-inclusion on the USTR’s annual list of the world’s most "notorious markets" for sales of pirated and counterfeit goods, while not carrying direct penalties, would be a blow to the company’s efforts to shed perceptions that its sites are riddled with fakes and that its anti-piracy policies are inadequate. It could also hurt Alibaba’s beleaguered share price.

Two Alibaba sites – the business-to-business platform Alibaba.com and the hugely popular Taobao Marketplace – were on the USTR’s "Notorious Markets" list from 2008. Alibaba.com was removed in 2011. Taobao was taken off in 2012 for its "notable efforts" to work with rightholders to clean up the site. 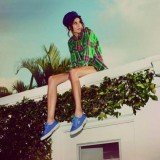