100% of retailers worried about cyber security

As digital channels become increasingly important for retailers’ businesses, cyber security has jumped to the top of industry insiders’ lists of concerns.

A report from BDO finds that 100 percent of retailers cite privacy concerns from a security breach as a worry, up from 55 percent in 2011. With highly publicized cases of hackers successfully sticking their hands in retailers’ client data, the possibility of a potential break in security seems more realistic.

“The number of cyber incidents are on the rise across industries, but the retail industry has been particularly hard hit,” said Doug Hart, partner in the consumer business practice at BDO.

“Retailers are in a particularly precarious position because they not only have to protect their sensitive data but their consumers’ personal information as well,” he said. “The industry has been victim to some of the most high-profile—and most expensive—data breaches to date.

However, compared to 2015, with its stock market volatility, retailers seem more optimistic in general. When asked about specific economic factors, including energy and oil prices, unemployment rates and interest rates, these concerns weigh less on retailers in 2016.

Cyber security has been a fast growing concern, and for good cause. BDO cites research from Ponemon, which found that retailers are attacked roughly eight times a year or more.

Retailers have invested in software and have established plans to combat potential attacks, but increasingly sophisticated hackers keep them on their toes. 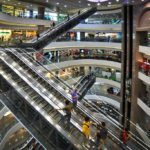