Italy does not waste any time and immediately a new direct flight linking the Italian capital Rome with Chengdu, capital of southwest China’s Sichuan province, was inaugurated at Rome’s Fiumicino Leonardo da Vinci Airport with an official ceremony.

The Rome-Chengdu direct route is the first of its kind between the two cities and marks Sichuan Airlines’ very first entry into the Italian market as well as in the Mediterranean area, according to the Chinese airliner.

The opening of this new route “is another result of the signing of the MoU on the Belt and Road that the Italian government wanted also in terms of the increase of the flow of Chinese tourists to Italy,” said Prof. Michele Geraci, Undersecretary to the Italian Ministry of Economic Development and head of Italian government’s Task Force China, while attending the ceremony.

“The start of the flight is in keeping with the signing of the MoU in cooperation with the province of Sichuan, which I signed in Chengdu last September, precisely to strengthen relations with this important area of southwest China,” he said.

Speaking in Mandarin, the Italian undersecretary also lauded the city of Chengdu, the first city where he worked in China, also said that it boasts an exquisite local cuisine.

“We are proud to celebrate the start of this important connection, which is the result of concentrated efforts of the Company as part of its internationalization strategy,” said Wang Lihang.

“Rome and Chengdu are very popular touristic destinations for both Italians and Chinese. The new link brings the Chinese destination connected to Rome Fiumicino airport to a total of 12, reaffirming Rome as China’s main gateway to Europe,” said Fausto Palombelli, Chief Commercial Officer of Aeroporti di Roma (ADR), the company that runs the airport.

“Covering Chengdu allows us to cover Sichuan province. On the one hand, we expect a big number of business trips due to the presence of Italian industries in the area and its proximity to Chongqing, another important business destination. On the other hand, we also expect a big number of tourism trips given the beautiful natural landscapes of the province, which can really surprise Italian visitors,” explained Palombelli in a recent interview with Xinhua.

The move is part of Fiumicino Airport’s broader China-oriented policy, which features Chinese-language signs and information; Mandarin-skilled personal shoppers, the launch of an official account on China’s popular digital platform WeChat and the availability of payment methods popular in China, such as WeChat Pay, UnionPay, and Alipay, highlighted Palombelli.

Geraci said that the use of new technologies is very important to increase tourists spending, especially electronic payment methods, encouraging every Italian enterprise to use them in order to be competitive also on the Chinese tourism market.

Italy is among Chinese tourists’ top destinations, expecting 1 million more Chinese tourists in 2019 compared to the previous year, while Rome alone attracts more than 30 million tourists every year, around 1 out of 20 being Chinese, according to data from the city’s tourism office. 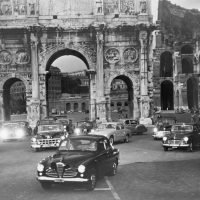 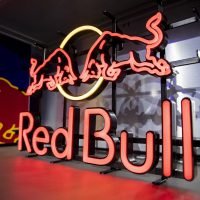