Dr Bernard Cheong has what he calls a “migration box” – a travel case that holds up to eight timepieces. “I like to say that these are the watches I will take with me if I have to relocate,” says the jovial 61-year-old, one of the world’s most prolific watch collectors.

One of his most prized pieces is a S$3.3 million (US$2.4 million) Greubel Forsey Invention Piece 1, numbered 00 in an 11-piece series. Its serial number indicates that it is the watchmaker’s personal prototype. It would not even have been sold, if not for Cheong’s clout. He believes the watch can eventually command up to S$5 million.

In 2011, he made history when he became the first ambassador for the Geneva-based Fondation de la Haute Horlogerie who was not from the watch industry. He helped formulate the transparent jury system, and an audited and numbered voting system, for the Grand Prix d’Horlogerie de Genève in 2002, a high-end watchmaking contest, before introducing it to Asia.

His expertise is drawn from decades of experience of watch buying and selling and forging close relationships with watchmakers and retailers. This has also put him in the unique position of being an industry observer with unfiltered, and sometimes contrary, insights.

For instance, he does not mince words when talking about the recent issues surrounding the industry’s key watch fairs, Baselworld and SIHH. The two fairs recently announced they would be synchronizing their calendars to run back to back, following a fall in the number of Baselworld exhibitors.

“It is a reality of the industry. The exhibitors do not need to be there any more – why pay so much to exhibit like this?” he says. Cheong notes that watchmakers today can easily bypass industry fairs by offering information about their latest creations directly to consumers via the internet.

Protecting his beloved industry is something Cheong takes seriously. In China, the recent crackdown on conspicuous consumption has led to a drop in sales and to brands like Richemont buying back unsold stock. “It is smart for the companies to buy back their precious pieces. When times are hard, people will sell watches at any price to put food on the table,” he says. This could lead to a massive undercutting in prices, he adds.

“They did the right thing to retain control of prices.” 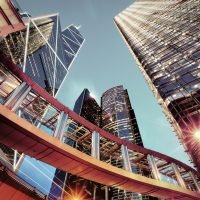 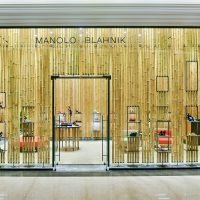