SEE ALSO : The rise of in-car retail and entertainment

On the run in the year 1987, BUMBLEBEE finds refuge in a junkyard in a small Californian beach town. Charlie (Hailee Steinfeld), on the cusp of turning 18 and trying to find her place in the world, discovers BUMBLEBEE, battle-scarred and broken. When Charlie revives him, she quickly learns this is no ordinary, yellow VW bug.

JD first partnered with Hasbro and the TRANSFORMERS franchise in 2017, releasing a MISSION RED mini short that showed Optimus Prime and Red Knight – a special JD exclusive TRANSFORMERS character – fighting to protect the energon fuel source. This year’s celebration will be accompanied by a series of three mini shorts featuring Panasonic and Chinese menswear brand HLA in which Red Knight protects energon.

JD and Hasbro are also bringing Red Knight to life by creating an action figure of this TRANSFORMERS bot. Released on Dec 29, 2018, the exclusive action figure is only available on JD.

JD also launched a “Super BUMBLEBEE Day” sales promotion to coincide with the Jan 4 premiere of the film in China. During the promotion, JD’s more than 300 million customers were able to purchase BUMBLEBEE movie-themed merchandise from Hasbro, Panasonic, HLA, and more. JD has outfitted multiple delivery vans and delivery boxes across China with BUMBLEBEE-themed designs. 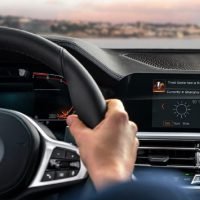 BMW adding Tmall genie to connected-cars in China
Next Article 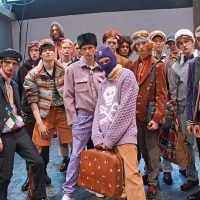