Launched in the summer of 2017, “The Rap of China,” adapted from a similar Korean show saw its first season episodes viewed more than 3 billion times on the iQiyi streaming platform.

Featuring superstar Wu Yifan, it sparked not only widespread interest in rap music, but also fueled a hip-hop-influenced, high-end streetwear obsession among Chinese youth, led by distinctive brands such as Supreme, Off-White and Vetements.

Chinese millennials number more than 400 million and they are increasingly demanding more niche, high-end brands that simultaneously offer the comfort of logos, however discreet, while also giving young people space to differentiate themselves from previous generations.

“I think after consuming high-end fashion brands for a long time, [traditional luxury brands] weren’t making an offering that people like, so I think brands that knew how to capture that internet generation, the millennials, are doing very well. At the core of that consuming is just wanting to feel that they belong to something,” explains Kevin Poon, who co-founded Hong Kong-based streetwear brand Clot alongside friend, actor and rapper Edison Chen in 2003.

According to figures from Tmall, China’s largest B2C e-commerce platform, streetwear growth last year was 60 percent higher than average apparel category growth, with popular brands on the site including Aape, the youth-centered, price-conscious offshoot of Japanese brand A Bathing Ape, and British brand Superdry. Tmall’s most popular streetwear sub-categories are sneakers and hoodies.

A report released in March from OFashion and Nielsen showed growth of streetwear consumption in China from 2015 to 2017 at 3.7 times higher than non-streetwear apparel, reaching 62 percent last year, compared with 2016.

This intersection between hip-hop culture, street fashion, tough guy attitudes and adjacent markers of a rebel attitude, such as tattoos, is familiar over the world.

While hip-hop from the US has been bootlegged and passed around a small underground fan base in China since the 1990s, the mainstream movement and fashion associations now connected with the genre comes from Korea.

Following increased attention from censors, a more sanitized mainstream version of rap music, without swearing, political messaging, drug references and misogyny is now prevalent in advertising and social media and the rise of streetwear in China looks set to continue.

For brands looking to tap into these trends by partnering with associated influencers, Michael Norris, research manager at Resonance China’s consumer insights, naming and brand strategy team, Smart, says the safest bet will be to look behind the scenes, rather than affiliating with performers necessarily.

“If they are a producer [or] a clothing designer, I would have very little hesitation in partnering with these creatives who are on the front lines of these subcultures [because] they can be a great ally to brands,” he says.

Concept stores: the revival for brick-and-mortar fashion retailers?
Next Article 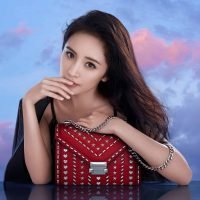