Despite its disregard for traditional ways of fashion, streetwear’s relevance is undeniable, and its impact has been felt by everyone, including designers such as Karl Lagerfeld, who recently collaborated with California-based shoe label, Vans, for a capsule collection.

This high- fashion streetwear partnership was closely preceded by another much anticipated collaboration between Louis Vuitton and Supreme.

Within a few years, brands such as Public School, Off-White, and Palace have built themselves up from complete anonymity to global fashion stardom. The phenomenal success of these brands is mirrored by the likes of Gosha Rubchinskiy and Vetements, whose much talked about post-Soviet-era aesthetic has drawn their own band of devotees.

Their rejection of Western fashion norms, and their reluctance to follow the conventional fashion calendar that often encompasses up to 12 shows a year, have only further fuelled their popularity.

Not long ago, what defined a brand’s success was how well it could keep up with the pace of the industry and reinvent mainstream trends.

Fast fashion labels that introduce new collections almost every two weeks have amplified the need for faster production. These labels have not only dumped industry standards, but also have created their own personal business models based on authenticity and a commitment to their vision – something that should have made surviving in fashion much harder.

SEE ALSO : How to make millennial customers even more loyal

“Brands who are clear about their DNA feel less inclined to stay within the norms of the fashion calendar,” says Saisangeeth Daswani, head of advisory – fashion, beauty and APAC, at innovations research firm, Stylus. “While the pace of fashion continues to be a fundamental problem for the industry, savvy brands are realising that the underlying issue is that there is just too much ‘stuff’ in the market. Rick Owens is a prime example. His brand only produces two seasons a year [per gender] and yet, continues to enjoy a cult following.”

Azzedine Alaïa’s return to the couture runway after his voluntary exile in 2011 is another great example and emblematic of marching to the beat of your own drum. The designer has been light years ahead when it comes to disregarding fashion’s traditional approaches, showing what he wants.

He famously designs his limited collections over a period of months, carefully crafting each piece. The pace of the industry, and of time, has no meaning in his Parisian atelier. And yet, anyone who has ever owned a piece of couture by Alaïa, knows it’s immune to looking old.

Likewise, Rei Kawakubo’s Comme des Garçons has famously redefined slow fashion with its modern-day reflections on art, meaning, and style. The elusive designer’s sense of ambiguity and love for the unusual are embedded in her brand’s appeal.

Many have spent years trying to find profound meaning in her conceptual outfits and innovative vision, labelling her creations as “art” – though Kawakubo herself has rejected such a label and asserted that her clothes are about freedom. It is part of the reason why the designer is held in such high regard.

However, authenticity alone isn’t enough to keep a brand relevant. Aside from the antifashion and identity driven sentiments, another important element is consistency. Brands such as APC Paris and COS have garnered comparable, if not more, appreciation from being consistently off the mainstream, giving their niche bases exactly what they want – a sense of belonging and exclusivity.

“Brands such as Comme des Garçons, Rick Owens and Vetements  know how to balance permanence with innovation. Rick rethinks his original colour palette and shape system around an unexpected, extraordinary seasonal runway moment. Vetements treats the same mundane basics as a canvas for provocation, and the ongoing tension between repetition and challenge has built the brand.

The rules of engagement have clearly begun to alter within fashion. While this may mean it will be harder for new labels to distinguish themselves, as clichéd as it sounds, it is really about being yourself. 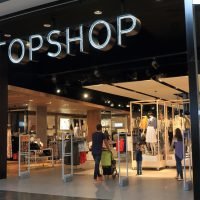 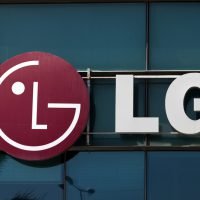