In the statement by RDIF, Alibaba Group will invest $100 million and contribute AliExpress Russia into the joint venture.

This consists of Alibaba Group’s current Russia-based domestic and cross-border operations of the global retail marketplace business of AliExpress.

In the deal, Russian mobile phone operator Megafon will sell a stake of 9.97% in internet group Mail.ru to Alibaba and get 24.3% in the JV.

Mail.ru will contribute its Pandao e-commerce business to the JV and $182 million in cash.

“This partnership will enable the AliExpress Russia JV to accelerate the development of the digital consumer economy of Russia and CIS countries in ways that no one party could accomplish alone,” said Daniel Zhang, CEO of Alibaba Group.

“Together, we are uniquely positioned to offer consumers in Russia and neighbouring countries an innovative shopping experience by combining social platforms with commerce, as well as enabling regional brands and SMEs to sell their products locally and globally. Alibaba’s mission is to make it easy to do business anywhere. This JV is an important part of Alibaba’s international expansion and step toward our goal of supporting 10 million small businesses reach profitability and serving 2 billion consumers around the world”.

Net profit was 25.8 billion yuan, up more than three-fold compared to the same period a year earlier.

Alibaba was named the world’s most valuable retail brand outside the US, according to rankings by global marketing and communications group WPP and research and consulting firm Kantar. 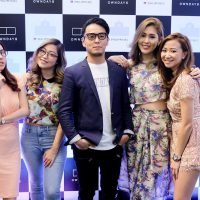 OWNDAYS' next stop is Hong Kong Island side
Next Article 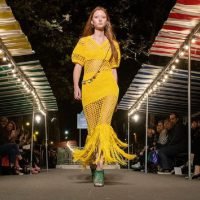