The global workspace, community, and services provider WeWork announced on May the 10th that it will open its first Hong Kong location in Causeway Bay in 2016. WeWork’s Hong Kong flagship will be housed in TOWER 535 (previously called Central Mansion), a multi-use building opening in Causeway Bay this year.

Founded in 2010 by Adam Neumann and in New York, the company now employs more than 1,400 staff globally. Its mission is to create a world where people work to make a life, not just a living. WeWork currently has more than 90 physical locations in 28 cities
around the world.

Manager, Hong Kong, said, “In Hong Kong — and around the world — a shift is taking place in how and why people work. People want to find meaning in what they do by seeing ideas come to life, creating their own path, and benefiting from the power of working in a community. There has been a great deal of activity around entrepreneurship and innovation in Hong Kong in recent years. I believe WeWork’s arrival will make a positive contribution to the business culture and help cultivate a healthy ecosystem that will change the way Hong Kong’s businesses connect with each other and with the global community.”

WeWork will house over 1,300 members on the site when it will open in the second half of 2016. Start-up founders, employees at large corporations, designers, marketers, healthcare professionals, artists, retailers, lawyers, and people working in FinTech, finance, and more, will meet, collaborate, and share business ideas at WeWork Causeway Bay. WeWork’s Hong Kong members will come together in WeWork’s physical space in the city, and will be connected to 50,000+ members in more than 90 locations around the world via its digital network and through access to the company’s many international buildings. 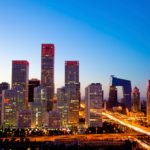 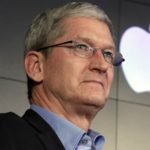