Australia 7-Eleven chairman and billionaire Russ Withers has resigned from the board of the convenience store chain, along with chief executive Warren Wilmot and another senior executive, in the wake of a worker exploitation scandal that has rocked the company.

7-Eleven has appointed Michael Smith as its new chairman with a mandate to fix the problem and repair the franchise giant’s damaged reputation. Mr Smith has been on the board of 7-Eleven since 1999 and became deputy chairman in August 2014.

In a candid interview with Fairfax Media on Tuesday, Mr Smith said he believed 7-Eleven was the tip of the iceberg for wage exploitation of young and foreign workers in Australia, adding: "We have a problem in this country." 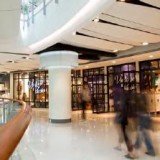