Family-controlled Lotte Group is in the midst of a power struggle between Shin Dong-bin, known in Japan as Akio Shigemitsu, and his older sibling who was stripped of his executive positions at the Japanese unit in January last year. The brother, Shin Dong-joo (Japanese name Hiroyuki Shigemitsu), had called for the meeting last month to put him on Lotte Holdings’ board and oust its current directors.

Shareholders denied all measures proposed on Feb. 16 by Shin Dong-joo, Lotte confirmed by electronic mail on Sunday. He had proposed a plan to form a new board of directors for Lotte Holdings with himself as chief executive officer and their father, Shin Kyuk-ho (Takeo Shigemitsu), as founder, and for them to sit at the top of the South Korean business as well. A spokeswoman at Lotte Group in Seoul said at the time those plans don’t seem achievable. 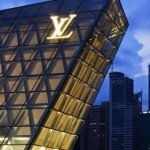