How are the Korean companies doing in Europe and US?

Some of Korea’s leading companies are facing a potential crisis due to the COVID-19 outbreak spreading throughout Europe and the U.S., as several of them operate battery and electronic goods factories in the regions.

The European Union has been restricting access to foreigners.

“European companies have restricted border access with the exception of freight so there is not a huge problem except for some delays at this point, but it is gradually becoming more difficult to secure a means of transportation,” a major battery company official said.

Currently, the companies’ operations have not been directly affected by the virus as there have been no confirmed cases when workers were tested at their plants. However, they are apparently bracing for the worst, taking extra precautions and strengthening quarantine measures as even a single confirmed case could lead to a temporary partial or entire shutdown of their plants.

“We are undergoing testing at the newly built Poland plant as it is scheduled to start manufacturing in the first half of the year, but if the virus situation is prolonged, it could affect our operation. We have planned out scenarios to prepare for the worst, which includes [some staff] working from home and repatriating family members of our staff from Korea,” an SK Innovation official said.

Factories in the United States are in the same situation as those in Europe as LG Chem and SK Innovation are currently expanding their plants, but the worsening virus situation could cause the completion date to be pushed back.

Both Samsung and LG Electronics distributers such as Best Buy and Walmart have temporarily closed their stores in the U.S. 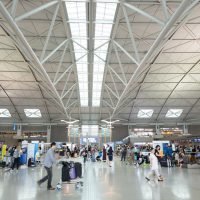 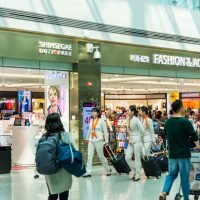