The retail giant boasts an impressive sustainability record, but the company is strictly business about its accomplishments — for good reason, experts say.

It is the leading company in the U.S. for total on-site solar capacity and installations, topping both lists from the Solar Energy Industries Association, which include fellow retailers like Walgreens, Kohl’s, Target, and Apple.

Currently, 25% of Wal-Mart’s operations are powered by renewable energy, including solar panels and wind turbines, with plans to double that number by 2020. Paired with Wal-Mart’s goal to cut energy consumption in stores by 20%, the retailer estimates it will save $1 billion a year thanks to these initiatives.

Wal-Mart has also reduced plastic bag waste from its stores by more than 38% since 2005, and has diverted 81% of materials from its U.S. stores and distribution centers from landfills. In fiscal 2016, Wal-Mart reduced its CO2 emissions by nearly 650,000 metric tons by doubling the efficiency of its fulfillment operations.

Wal-Mart essentially passing on a way to attract a more diverse consumer base and bring itself positive press. But experts tell Retail Dive that this is likely a calculated move, one the company uses to avoid judgment from critics and customers alike.

Allen Adamson, founder of Brand Simple Consulting, told Retail Dive. “Since you often can’t change everything, the prevailing conventional wisdom in marketing and sustainability is ‘do more, talk less.” 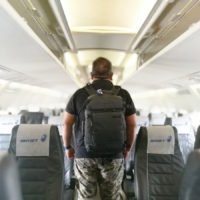