It’s the ‘summer of sport’ this year with the Euro 2016, Wimbledon and Rio Olympics all held back-to-back. But does the hat-trick of sporting events have any effect on retail spending?

In an opinion piece for Retail Week, Stephen Springham, head of retail research at Knight Frank, claims that sporting events do not have a major impact on retail spending.

“The notion is that these events give rise to a ‘feel-good factor’ that prompts consumers to go on a shopping rampage,” he writes.

“If there is indeed any feel-good factor, this is much more likely to be expended in the pub than in a shopping centre.”

Referencing the London Olympics in 2012, where there was a huge tourist influx, like-for-like retail sales witnessed a nasty 0.4% dip in August 2012 and stayed in the doldrums for the subsequent three months.

This year is especially tough due to Brexit headlines overshadowing the sports events and the likelihood of Rio 2016 boosting spending seems low. 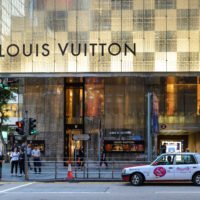