Valentine’s Day : who are the big spenders in Asia-Pacific?

People who live in Mainland China are, on average, Asia’s biggest Valentine’s Day spenders, according to the results of a MasterCard poll which tracked spending around the romantic occasion in the Asia Pacific region.

They are prepared to spend US$274 on Valentine’s Day (February 14) presents, with Taiwan and Hong Kong following closely on US$245 and US$231 respectively, the South China Morning Post reports.

The survey, conducted by the American multinational financial services firm, involved more than 9,100 respondents from 18 Asia Pacific markets and began last October. Singapore, with US$180, ranked fourth and Thailand completed the top five on US$145.

The amount Chinese couples plan to fork out has dropped slightly from last year’s US$310, due to the strengthening of the Chinese yuan against the US dollar and the fact that Chinese Lunar New Year (February 16) falls just two days later in 2018—in 2017, Chinese New Year fell at the end of January 2018.

The run-up to Valentine’s Day has also witnessed a decrease in the sales of fresh flowers in China.

This is because of the unusually cold weather experienced by the country this winter and the aforementioned date clash, China Daily noted.

China has its own equivalent to Valentine’s Day known as the Double Seventh Festival, as well as the Qixi Festival. 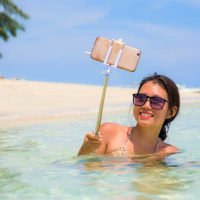 Chinese tourists take over the world
Next Article 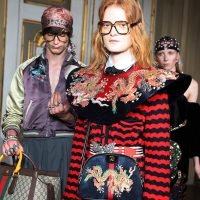