If there was any doubt how large a role brands like WeChat, Apple, and Xiaomi play in the lives of young Chinese consumers, a new report by RTG Consulting Group should eliminate it.

The Gen-Z group had a slightly different response, instead ranking Xiaomi the as number one brand, followed by Adidas, Nike, Uniqlo, Zara, Converse, WeChat, Samsung, Apple, and New Balance.

Within the fashion category, Adidas ranked number one as most relevant to both Gen-Y and Gen-Z respondents, suggesting that athleisure is still extremely important to Chinese consumers. Meanwhile, fast-fashion brands like H&M and Uniqlo took the other top spots. In the car category, Volkswagen came out on top.

Despite its sales revenue struggles within China, Apple still ranks as extremely relevant this year—it’s number one within the technology category, but only in the case of Gen-Y consumers. For Gen-Z, Samsung ranks higher.

While electronic devices ranked number one in both groups, fashion brands were ranked higher in relevance for Gen-Z consumers, while technology companies were more critical to Gen-Y consumers. 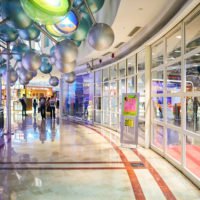