Retailers: Should your business be on Snapchat?

Snapchat is hugely popular among millenials, but retailers need to ask themselves: should your brand be on it, and more importantly, how?

Placed, a location-based data company, arrived at unflattering findings for brick-and-mortar chains after looking at which ones were often patronized by users of Snapchat, a veritable gold mine leading into the back-to-school season.

Sixty percent of the 65 most-visited merchants, Placed discovered, hadn’t even bothered to launch an account on the mobile app that counts 150 million global users, many of whom belong to the coveted Gen Z and millennial demos.

SEE ALSO: Alibaba in talks to invest in Snapchat

A new Snapchat-commissioned study by MARU/VCR&C that surveyed 2,223 U.S. consumers found that 47 percent of Snapchatters have sent a snap—a post in the app’s parlance—to friends while in stores.

75% of its users have been informed or influenced by Snapchat during a shopping trip, the study revealed. And on average, the app’s devotees between 13-34 years of age spend more each month across retail categories including clothing (55 percent more), accessories (+10 percent), shoes (+36 percent) and health/beauty (+17 percent) than their non-Snapchatting peers.

Such stats support why Wal-mart, Macy’s, Michael Kors, Foot Locker and Louis Vuitton are among the merchants already buying ads. 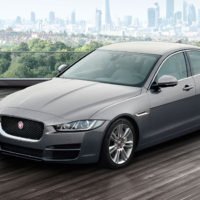 You can now buy Jaguars online from Ticket Monster
Next Article 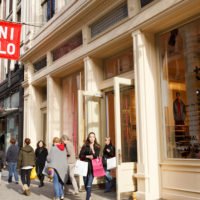