There’s no slowing down in China when it comes to brands capitalising on Chinese consumers’ hunger for fitness-inspired fashion. However, many companies are ditching the term “athleisure” because, like Fast Company suggests in its 2017 predictions article, the word refers too much to a fad where people wear athletic clothes simply because they’re stylish.

Instead, these forward-thinking labels, like Lululemon and local denim brand Zodiac Active, are marketing garments that incorporate function and fashion for an active lifestyle.

“I go to gym almost every morning before starting to work,” said Yu Wang, who works at Versace in Beijing’s Taikoo Li shopping center. “But I hardly wear athleisure at work because of my job. But I do like athleisure, and sometimes I mix and match, for example, leggings with oversize sweaters or jackets to go out with family or friends.”

Yu has a membership to a new gym right across from her office in Beijing’s upscale Sanlitun shopping center, Taikooli North. Just seconds away from Alexander Wang, Kenzo, and I.T., SpaceCycle offers members spinning, barre and yoga classes in an upbeat, music-focused environment.

Conveniently located a five minute walk from Space Cycle is the new Lululemon store, which opened in December. Its old showroom was also nearby, but now that has closed to make room for an official retail space that’s transformed into a workout studio in the mornings.

Local brands are also taking cues from Chinese consumers’ demand for activewear and athleisure. At Space Cycle there are several products on sale from independent activewear designers in China. There is also Zodiac Active, which veers away slightly from activewear (despite what the name would suggest).

A brand founded by Beijing-based UK designer Steph Lawson that focuses wholly on the versatility of denim, it features pants, body suits, and even raincoats that put function over fads, giving consumers an upscale, quality option for an urban lifestyle. Prices range from $140 for leggings to $450 for the coat.

Of course, all of the major Western activewear brands are still playing a part in taking over Chinese consumers’ increasingly casual wardrobes, and doing it in a way that still feels familiar to those with a penchant for luxury labels.

Early last year, Nike collaborated with Balmain designer Olivier Rousteing for a black and gold collection, and later worked with Givenchy artistic director Riccardo Tisci for a collaboration that was released in Shanghai in August. Puma did a collaboration with Rihanna, called Fenty, that fashion analysts say could replace Yeezy’s hold on millennials.

Euromonitor International predicted last year that the Chinese sportswear market would take over luxury goods by 2020 thanks to double-digit growth to $42.6 billion. With China’s government intent on building up the sportswear market in time for the 2022 Beijing Winter Olympics, it’s reasonable to expect that Chinese consumers will continue to opt for clothing that keeps them comfortable and active. 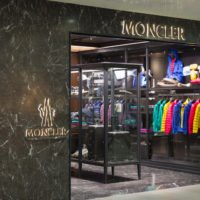 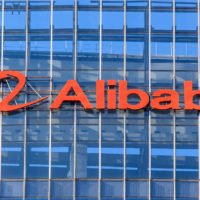