Brands planning to cash in on rising menswear trend

This week, Nike launched its new collection of yoga wear for men. While this was the company’s first foray into men’s yoga apparel, the move was very much in line with competitors who have been making a push into the menswear apparel market recently.

Lululemon, whose bread and butter has long been women’s yoga trousers, is one of those competitors. Former CEO Laurent Potdevin described menswear as one of the brand’s “best-kept secrets.” The company is now looking to grow this division into a billion-dollar business.

Gap also jumped on the bandwagon last year, with its new casual menswear brand Hill City. But a push into menswear stretches beyond the athletic wear market – Madewell rolled out menswear in September, Saks Fifth Avenue recently closed its womenswear store in Brookfield Place but kept its menswear location open, sisters Mary-Kate and Ashley Olsen launched their own menswear collection for fashion brand The Row last year, and the list continues.

These brands are all looking to capitalise on a big change in fashion, and that is that in the not too distant future, menswear may outgrow womenswear.

Business intelligence firm Gartner L2 estimated that in just two years, revenue growth of men’s clothing will surpass that of women’s clothing. This data is backed up by Euromonitor International, which estimated that men’s lines will outperform women’s over the next six years.

“Fashion has always been about women but men are finally having their time,” says Lizzy Bowring, catwalk director at trend-forecasting agency WSGN.

Bowring believes that the rise of a young, fashion-conscious male consumer is a key reason for this. “It’s the younger men that are driving the push for menswear,” she says. “These men are more savvy and aware, and there is a lot of competition to look the part.”

Ayako Homma, beauty and fashion consultant at Euromonitor International, echoed these thoughts in an email.

“One key trend is men’s changing perception of fashion. Men are spending more time, effort and money on their grooming and appearance,” she wrote.

Experts say that this peak in menswear can be traced back to a boom in streetwear clothing, which has been driven by brands such as Supreme, Yeezy, and Off-White. These brands have experienced explosive growth in recent years and are considered to be redefining the fashion landscape.

These labels have been embraced by luxury players, a move that has in turn given new life to some of the luxury brands.

Louis Vuitton recently hired industry pro Virgil Abloh to become its new artistic director. Abloh is responsible for setting up perhaps the buzziest streetwear brand of all, Off-White, which was recently ranked the hottest label in the world.

“The men’s business has exploded in the past five years,” Roopal Patel, fashion director of Saks Fifth Avenue, told Reuters in June. Patel said the focus had shifted to bringing in newer menswear-focused labels such as Off-White.

“We’ve gone from just category addressing to designers looking at how they’re going to wardrobe a man’s lifestyle, everything from work to evening to weekend to sport,” she said.

Industry insiders say this trend is here to stay. “It’s more than a buzz. It’s a deeper trend,” said Sidney Toledano, head of LVMH’s fashion group. He continued: “There’s strong demand across the men’s fashion industry, in all its shapes and forms, and which comes in part from a younger clientele. We see it very clearly in the sales.” 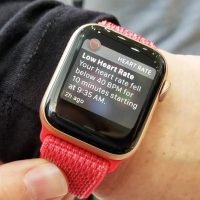 Johnson & Johnson and Apple team up for healthcare
Next Article 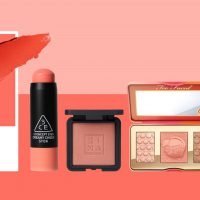 Living Coral, Color of the Year, proves popular in stores