5 things to know about Asian millennials

The world’s eyes are on millennials, but none are more attractive than those in Asia, especially China and India.

Born between the early 1980s and early 2000s, this generation plays a huge role in the global consumer market today, and with good reason.

Below are five things you should know about this important consumer group:

1. Their numbers are huge.

According to a report by Goldman Sachs, Chinese millennials number around 415 million, which is more than the working population of both the US and Western Europe. India also has 440 million millennials, which accounts for 35% of their population.

2. They don’t want to buy houses or cars.

Due to soaring property prices, most Asian millennials live with their parents. In fact, Asian millennials are also more likely than their global counterparts to live at home due to social and cultural norms (65 percent compared to 49 percent globally).

3. They eat out more often.

Since they live at home, their income is spent on leisure and eating out. Millennials spend roughly 10% more on food outside the home than the Baby Boomer generation. They are interested in healthy and high quality food, and prefer it to be ‘photogenic’.

Because millennials want both quality and low prices, many food companies are moving into the fast-casual category, which is seen as a healthier alternative to fast food. Examples include Green Giant’s fancier product line of Thai coconut and brussel sprouts with bacon, and the launch of Oreo Thins with fewer calories to suit the health-conscious.

Millennials are 22% of all travellers and spend roughly US$200 billion a year on travel. By 2025, China is expected to see an extra 74 million travellers going abroad, with most preferring destinations with new activities and experiences over organised tours. 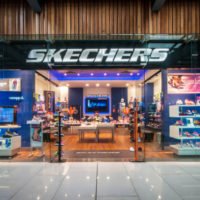