Chinese fashion and textile conglomerate Shandong Ruyi has been reportedly delayed in closing on its purchase of Swiss luxury brand Bally, as it struggles to secure $600 million in financing.

Ruyi had agreed to buy a controlling stake in Bally from Luxembourg-based JAB Holding in February 2018, without disclosing financial details.

Now, according to sources, Bally’s sale to Shandong Ruyi has been halted, hit hard by the recent spreading of the coronavirus in China. Prior to the virus outbreak, Ruyi had been facing increasing refinancing pressure of the debt it took on for several recent deals and almost missed a December 19 deadline to repay distressed offshore bonds.

“Bally is fortunate to continue to have the support of our sole shareholder JAB, a privately held conglomerate with a strong investment-grade rating. Bally has developed a solid relationship with JAB over more than a decade, based on trust and transparency. Our financial position remains robust,” said a Bally spokesperson in an emailed statement to Reuters, without elaborating on the deal delay rumours.

Ruyi has spent billions of dollars on brand acquisitions across the fashion and luxury industries. That includes European luxury brands and Asian labels, such as French fashion house SMCP, Britain’s Aquascutum, and Israeli menswear group Bagir.

Bagir said in late February that it plans to sue Ruyi for not settling payment for a controlling stake in the firm. Previously, Ruyi had agreed to pay $16.5 million for a stake but remains over $10 million short in finalising the buy. Ruyi said it was negotiating with Bagir to resolve the problem. 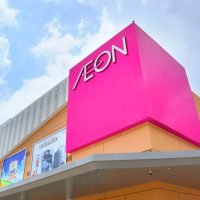 Japan Aeon to expand in Vietnam
Next Article