Luxury and fashion e-commerce group Yoox Net-A-Porter reported a 15.4 percent increase in net revenue during the first quarter of 2017, according to a financial statement released by the Richemont-owned group on May 3. The boost is due to robust performance in Greater China and the United States.

The report confirmed that there’s strong momentum in the Asia Pacific market, especially in mainland China and Hong Kong. The statistics show that the region in total contributed 91.1 million euros (approximately US$100 million) to global revenue in the first quarter, up 33 percent from the previous year after currency adjustment. The high growth rate in the APAC region stands out from other major markets, with North America growing 17.6 percent, followed by the United Kingdom at 14.3 percent, and Italy at 11 percent.

The luxury e-commerce group first entered the Chinese market in early 2012 after acquiring a local online shopping site “Shuke,” which has been turned into the Chinese version of Outnet.com, the online discount luxury outlet that belongs to Net-A-Porter.

In 2015, Net-A-Porter’s merger with the Italian luxury online retailer Yoox, which is also owned by Richemont, further spelled opportunities for the site to expand into the Chinese market. The company immediately appointed Claire Chung, the former vice president of international business development at Shangpin, as China general manager after the deal. In an interview conducted by Jing Daily with Chung, she discussed Net-A-Porter’s China strategy and how the site could keep its core features while also adapting to China’s unique e-commerce ecosystem and unique consumer behavior.

In recent years, Yoox Net-A-Porter has gained organic growth in China even though the country has been undergoing an economic slowdown. According to a report by Financial Times, the company’s APAC market surprisingly posted a 23 percent rise in 2015, when the annual GDP growth of the regional leader China dropped under 7 percent for the first time.

The latest financial report from Yoox Net-A-Porter also indicated a general pick-up of consumer sentiment across its major markets. The number of visits to the site reached 200 million, with a jump in both active customers and orders.

Despite prosperity in China and in the APAC market, Yoox Net-A-Porter faces competition and challenges from rivals such as China’s domestic e-commerce giant Tmall and emerging luxury e-commerce leader Mei.com. The online shopping site also has a lot of work to do in terms of localizing their offerings. For example, the Chinese website still does not offer UnionPay or Alipay payment solutions despite it being an issue brought up years ago. 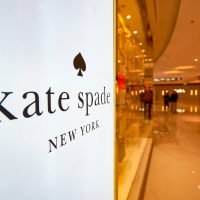 How Coach’s $2.4 billion Kate Spade deal could boost its market in China
Next Article 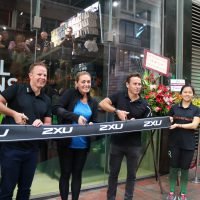