Why did all 7-Elevens in Jakarta suddenly disappear?

The closure of global convenience chain ­7-Eleven in Indonesia underlines the tough economic and regulatory landscape that could deter future investors from taking over the iconic brand’s franchise in Southeast Asia’s biggest economy.

The publicly listed PT Modern Internasional, ­7-Eleven’s franchise holder in the country, said in its statement to Jakarta’s bourse that a lack of resources was the main reason it ceased operations at all 7-Eleven outlets permanently as of June 30. The company also cited its failed deal to sell the franchise and other assets to Charoen Pokphand Indonesia, an affiliate of Thai conglomerate Charoen Pokphand Group, for 1 trillion rupiah (HK$585 million).

But the debate over why 7-Eleven, widely known as “sevel” in Indonesia, closed down its stores continues to swirl. Analysts and industry watchers said that a combination of strong competition, an economic downturn and regulatory hurdles, including a 2015 nationwide ban on the sale of alcoholic drinks in mini markets, led to the brand’s closure.

SEE ALSO: 7-Eleven heads to Okinawa to expand its reach in Asia

The termination of 7 eleven’s franchise agreement affects approximately 110 stores in and around Jakarta, and both parties are in talks to wind down the 7-Eleven business in all of Indonesia, including the de-branding of 7-Eleven stores, the American franchiser said.

They also now accept payment for utilities and an array of digital services, including e-commerce. Combined, Indomaret and Alfamart had nearly 90 per cent of the nation’s convenience store market last year, while 7-Eleven only had a 0.7 per cent share, according to researcher Euromonitor International.

The chain’s glory days in the country didn’t last long. In the past two years, industry players noted Indonesians got thriftier as a sluggish economy and an oversupply of low-wage labourers lessened purchasing power.

“The consumers’ behavioural change affected the overall retail industry. Many customers no longer stock up on groceries and only buy goods when they need them,” Mandey said. Indonesian shoppers also increasingly rely on online delivery services, reducing the chances of in-store impulse buying, he added.

Modern Internasional shut down 45 stores over the past two years due to dwindling sales. According to its annual report, the struggling company recorded more than 630 billion rupiah in net losses last year, an increase from around 58 billion rupiah in 2015. Net sales for 7-Eleven, which contributed 75 per cent of the company’s total revenue, was 675 billion rupiah last year, a nearly 24 per cent drop year on year.

“The problem was exacerbated by the lack of clear differentiation between the 7-Eleven convenience stores and fast-food and medium-sized restaurants in Indonesia,” Olly Prayudi, associate director at credit ratings agency Fitch in Indonesia, said in a recent research note.

Unfavourable regulations also added to the company’s woes. In 2015, a ban on the sale of alcoholic drinks in mini markets and convenience stores across Indonesia was a blow to company performance, as alcoholic drinks made up about 15 per cent of Modern Internasional’s sales, according to Fitch.

Japan’s Seven & i Holdings, the global parent of the 7-Eleven chain, told Reuters it would search for another partner to revive the franchise in Indonesia.

“Indonesia is an important country for us. This is not the end of 7-Eleven’s business,” a spokesman said, as quoted by Reuters. 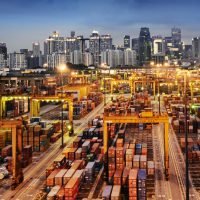 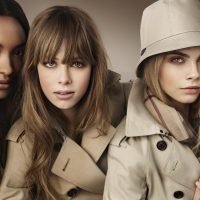