“During the first quarter, our results in January and February were tracking well to our plan. Since mid-March, as the pandemic accelerated dramatically in North America and EMEA and retail store closures ensued, we’ve experienced a significant decline in revenue across all markets,” said Under Armour President and CEO Patrik Frisk continued.

Frisk concluded, “As we continue to navigate this crisis, our balance sheet remains well managed, and our leadership team is taking decisive actions to execute against our continued transformation. We remain focused on driving greater efficiencies across the core elements of our business by working to identify additional opportunities to emerge with stronger and greater capabilities over the long-term.”

On 31st March, the Board of Directors approved the previously announced 2020 restructuring plan, whereby they expect to incur total estimated pre-tax restructuring and related charges in the range of $475 million to $525 million during 2020 including up to approximately $350 million of non-cash charges and $175 million of cash-related restructuring charges.

Revenue was down 23 percent to $930 million (down 22 percent currency neutral) with approximately 15 percentage points of the decline related to COVID-19 pandemic impacts in the quarter.

Wholesale revenue decreased 28 percent to $592 million and direct-to-consumer revenue was down 14 percent to $284 million, representing 31 percent of total revenue.

Gross margin increased 110 basis points to 46.3 percent compared to the prior year driven primarily by channel mix which benefitted from lower off-price sales, partially offset by the negative impacts from COVID-19 related discounting and changes in foreign currency. 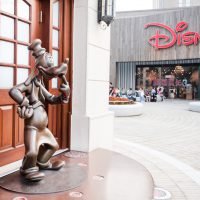