Denim brand True Religion filed for Chapter 11 bankruptcy in Delaware, marking its second bankruptcy filing after its first back in 2017.

The Vernon, California-based company filed for bankruptcy protection, where it listed assets and liabilities of as much as $500 million each in its statement.

Acquired by New and London-based investment management firm TowerBrook Capital Partners in 2013 for $824 million, True Religion – which was founded in 2002 by Jeffrey Lubell and Kym Gold – has struggled to maintain its image as a strong premium denim brand over the last eighteen years, thanks to the popularity of luxury jean rivals 7 For All Mankind, Guess and Diesel, among others.

Another part of its plan more recently was the hiring of its former president Michael Buckley as its CEO.

Adding to True Religion’s woes this past decade has been the surge in sales of active and streetwear (namely sweatpants, track pants and leggings) cutting into the sales of denim in the U.S. and beyond.

Currently, the coronavirus pandemic and the halt on businesses globally is proving True Religion’s most recent adversary, in addition to other retailer’s like it.

“In the near term, and until our stores open up, we will be continuing as we have, to run our e-commerce businesses, in the same way we did prior to filing for Chapter 11,” Buckley said, commenting of the company’s filing.

Clothing retailers across the U.S. have suffered from the economic shutdown, with malls and stores are closed, and ore than a million employees placed on furlough. 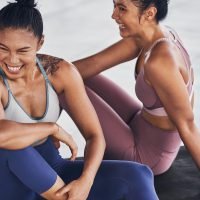 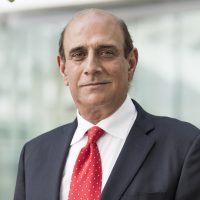