Trinity Limited, a premium menswear retailer, announced its financial results for the first half of 2020.

The group’s total revenue for the first half of 2020 was US$50.6 million, which decreased by 61.9% comparing to the same period last year. In spite of effort to develop new business and sales channels with the support and network from Ruyi and its subsidiaries other than the group (collectively “Ruyi Group”) since 2019, the business was severely affected by the outbreak of the COVID-19 pandemic since January 2020.

Travel restrictions and border closures were imposed across different regions. The retail business, including the Greater China and Europe, as well as the wholesale business performance for the first half of 2020 were heavily impacted.

Moreover, due to the unstable and fragile economic environment around the globe, total sales was significantly decreased as compared to the same period last year.

Mainland China
Retail sales in Mainland China was recorded at US$24.7 million for the period ended 30th June 2020. Due to COVID-19 pandemic, total revenue and same store sales declined by 39.7% and 38.4% respectively by comparing to the sales in the same period in 2019.

To compensate the loss of sales volume, the group organized more special sales events such as bargain sales and offered more sales discounts at our stores. Gross margin thus dropped from 72.3% to 66.3%.

At the same time, the group continued to carry out the cost control measures by cutting down non-performing stores to improve store profitability in long run.

Hong Kong & Macau
Retail sales in Hong Kong & Macau was recorded at US$9.6 million and it was lower than the sales in the same period last year by US$20.2 million. Same store sales declined by 65.3%. The decrement was also due to the impact of COVID-19 and the overall weak consumption sentiment in the market.

The number of visitors from Mainland China and overseas decreased significantly comparing to the same period of last year as a result of the outbreak of COVID-19. This resulted to a loss of customer traffic at our stores. Store network was reviewed and adjusted regularly according to the market condition.

Europe
In the first half of 2020, the retail sales in Europe was recorded at US$3 million, representing 61.3% drop compared to the same period last year mainly due to the COVID-19 lockdown measures and depreciation of Pound Sterling.

Wholesale business
Despite the continuing effort in wholesales business development since 2019, the pandemic resulted in a substantial postponement of orders in the wholesale business. Wholesale revenue was therefore significantly decreased from US$37.1 million in the first half of 2019 to US$503,196 in same period this year. 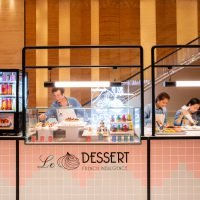 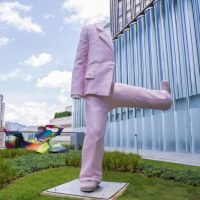