Eslite Spectrum Corporation announced that it has signed a licensing agreement with Chou Yuying, the first Taiwanese designer to board New York Fashion Week, and that it is collaborating with two international brands, LEVI’S® and NIKE, for the first time.

In order to expand multiculturalism, Eslite Spectrum Corporation’s Chairman Wu Yujie established a subsidiary in 2015 as a talent scout that aims to become a cultural venture in the field of culture and creativity.

This month, it was announced that it is expanding into the licensing industry by signing Chou Yuying, who is known as the “cross-border talent” and he managed to lead the National Palace Museum to its first authorized fashion cooperation.

The goal of developing a cross-industrial cultural and creative agency is to allow the company and the creators to find more opportunities for cooperation, so that more creators can be seen.

In addition to Eslite Spectrum Corporation, Chou Yuying is also collaborating with LEVI’S® and NIKE to create a new spring/summer collection of JUST IN XX 2020 with the theme “Long-lasting Fashion.”

It will be launched during Taipei Fashion Week. In the collection for LEVI’s, he sewed belt loops onto clothes and hung metal chain for a more rock-and-roll style. As for the NIKE masterpiece, he combined hoody jackets with a three-dimensional puffy sleeve design with a skirt to create a new classic and romantic sportswear style.

Eslite Spectrum launched “AXES” in 2013, positioning itself as a platform for Chinese designers. Currently, it has collaborated with nearly 100 designer brands and has eight independent brands.

According to the financial report, Eslite Spectrum has invested NT$40 million in its new licensing subsidiary. Although it has not turned into profit yet, it is determined to become a cultural venture in the field of culture and creativity. 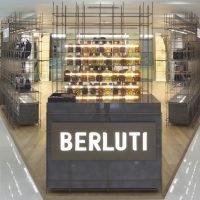 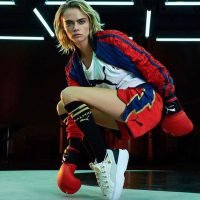