CAL spokesman Jason Liu told CNA that the suspension will last for at least six months.

Liu said the decision was made after the Customs Administration recently informed CAL that it would tighten customs clearance procedures for duty-free cigarettes sold aboard CAL aircraft.

The suspension only applies to cigarettes and CAL will continue to sell other duty-free products on its aircraft, he added.

The Customs Administration’s decision was made after nine National Security Bureau (NSB) and Presidential Office officials and four CAL staffers were formally charged in August after trying to smuggle cigarettes in conjunction with an overseas visit by President Tsai Ing-wen in July.

On July 22, the day Tsai returned to Taiwan on a CAL flight from a 12-day-overseas trip to the Caribbean with stopovers in the United States, it came to light that two NSB agents had used her flight as cover for an alleged smuggling attempt involving about 10,000 cartons of cigarettes.

A subsequent investigation showed that similar operations had been going on since at least 2014, prompting the Presidential Office, CAL and the NSB to launch a series of probes and reforms. Taiwan's PChome Online Inc. collaborates with LiveMe for 11.11
Next Article 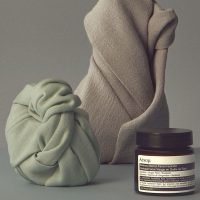